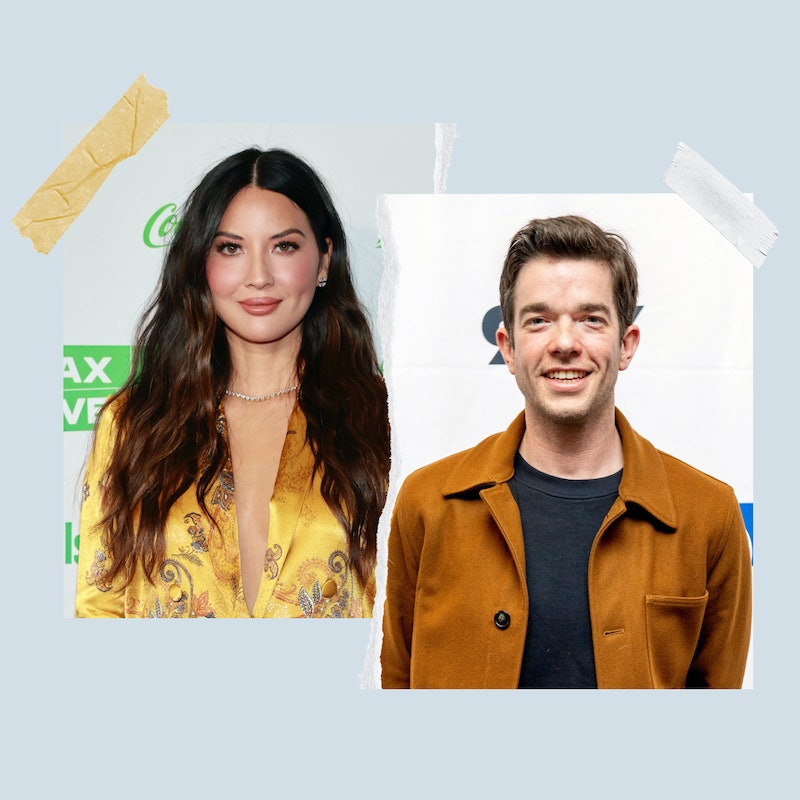 John Mulaney and Olivia Munn are “really, really excited” about the next chapter of their lives together. During a Sept. 7 appearance on Late Night with Seth Meyers, the Saturday Night Live star spoke candidly about what a “challenging” year it’s been for him, which included a divorce, a stint in rehab, and a relapse. But after sparking up a romance with Munn last spring, it seems that things are looking up. “We’re having a baby together,” Mulaney told the late-night host, adding that he was “nervous” to announce the news. “I’m going to be a dad.”

After recounting some of the most difficult moments from the last year, Mulaney said that he “started to date a wonderful woman named Olivia” when he moved to Los Angeles. Their relationship began shortly after he moved out of his home with his ex-wife Anna Marie Tendler and stopped using drugs. “It is a very, very lucky thing to have met this woman,” he told Meyers. “You knew me before I was on a lot of drugs, you knew me while I was on drugs, [but] you did not know me immediately after stopping drugs, so it’s been a challenging time.”

“I got into this relationship that’s been really beautiful with someone incredible,” Mulaney continued, adding that Munn stuck by his side throughout his recovery. “That’s been very incredible and she’s kind of held my hand through that hell,” he said. He also revealed that Munn and her pregnancy have helped him tremendously after thanking Meyers for having him on the show. “Olivia and this baby have helped save me from myself in this early journey out of recovery,” he said.

Meyers, for his part, congratulated Mulaney on both his recovery and the baby news. “I’m very happy you’re on the other side of it,” he said. “I am so happy for you and Olivia, this is very exciting news. I love you very much and I’m glad you’re doing well.” Still, it seems that no one is more thrilled about what’s to come than Mulaney himself. According to People, the expectant parents are “extremely excited” to welcome their first child together. “They couldn’t be happier,” an insider told the magazine.

People first reported that Mulaney and Munn were dating in May. “This is very new, they’re taking it slowly,” a source close to the SNL star told the outlet at the time. “They met at church in Los Angeles.” Since then, the two have been spotted making the most out of their summer together, hanging out at home and going on lunch dates. In June, an insider told Us Weekly that they were “going strong.” “She has been sneaking into some of his shows and loves them,” the source revealed. “Olivia is so smitten.”

More like this
Who Is Nick Cannon Dating & How Many Kids Does He Have?
By Jordyn Tilchen and Radhika Menon
Khloé Kardashian Is Reportedly Dating A Private Equity Investor She Met Through Kim
By Jordyn Tilchen and Jake Viswanath
What Demi Lovato Really Thinks About Child Stardom, Depression, & Sobriety
By Radhika Menon
A New Portrait Shows King Charles With William & Kate Before The Queen’s Funeral
By Stephanie Topacio Long
Get Even More From Bustle — Sign Up For The Newsletter