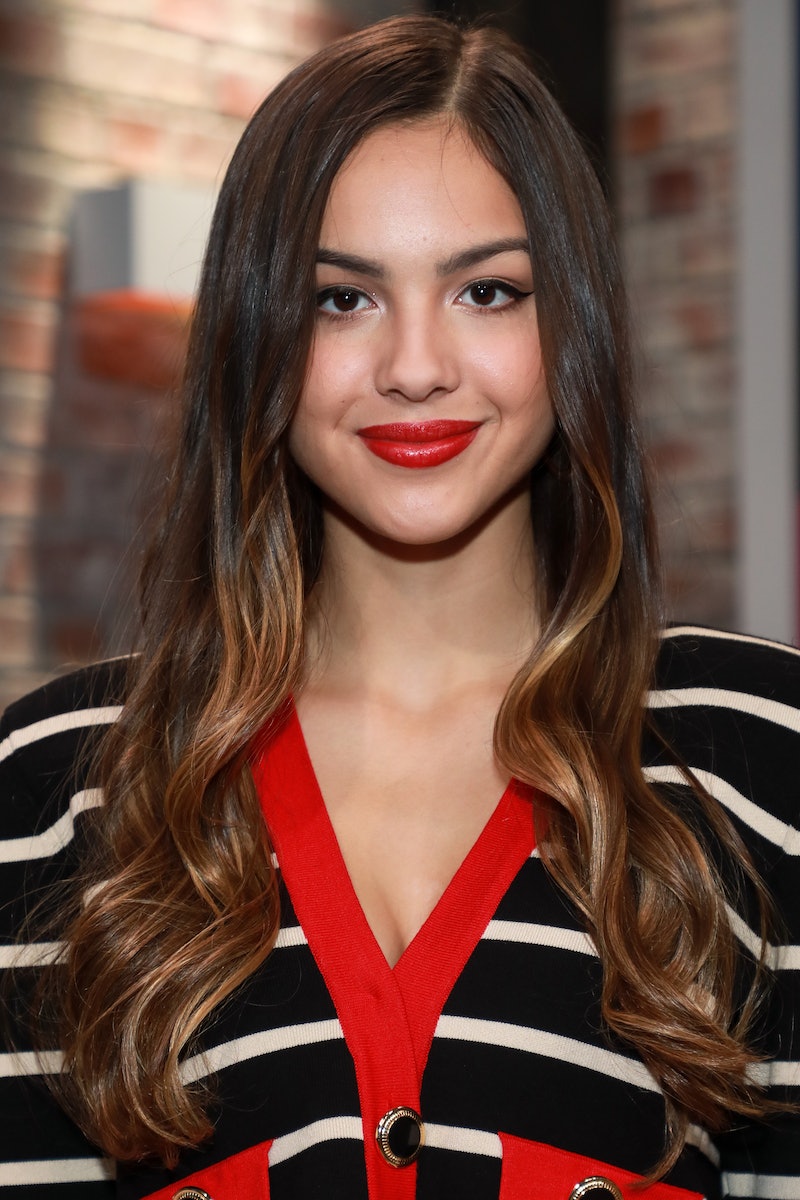 The song is everywhere these days — even on Saturday Night Live. After the Feb. 20 episode aired, actor and singer Olivia Rodrigo reacted to SNL's "Drivers License" sketch on both Instagram and Twitter, calling it the "best birthday present ever" to see her debut single featured. The segment spoofed the song's popularity, with host Regé-Jean Page leading a sing-a-long to the No. 1 hit in a bar full of "tough guy" pool players. The crew gets surprisingly emotional as they listen, and they slowly admit how much they love the lyrics and discuss its origin story.

"It's like she ripped a page out of my diary," Beck Bennett's character said, before collecting himself and trying to backpedal. "I mean notebook. I mean plain brown leather. I can't read or write." Kate McKinnon's character, an old man, adds, "I got my driver's license 55 years ago. Why is this hitting me so hard?"

Rodrigo, who turned 18 on Saturday, tweeted her excitement at seeing the song featured on the popular sketch comedy show — and on her birthday of all days. "DRIVERS LICENSE SNL SKETCH IS THE BEST BIRTHDAY PRESENT EVER," the singer wrote on Twitter. "IM SHAKING."

The singer also posted about the sketch on her Instagram story, sharing videos from the NBC show and writing, "I'm losing my mind a snl sketch ab drivers license omg."

The fact that SNL addressed the rumored drama behind "Drivers License" didn't seem to bother her. The song has been speculated to be about Joshua Bassett, Rodrigo's rumored ex and High School Musical: The Musical: The Series co-star, as it centers on heartbreak after a breakup. Notably, it also contains references to a "blonde girl," who is widely believed to be singer and actor Sabrina Carpenter, who has recently been linked to Bassett and released her own track, titled "Skin," that many believe to be a response.

"Drivers License" was released on Jan. 8 and debuted atop the Billboard Hot 100, making the track Rodrigo's first breakout hit. The song is still No. 1 after five weeks on the chart. It also inspired a viral trend on TikTok in early January, with fans imitating the moment in Rodrigo's music video where she falls in a field. This popularity on the social media platform, in addition to the supposed drama behind the song's inception, has likely contributed to its ongoing success on the charts. The new SNL sketch shouldn't hurt, either.

In early February, Rodrigo discussed "Drivers License" blowing up in an interview with iHeart Radio, saying listeners were relating to the track because it's "really vulnerable and I wrote it in a vulnerable place." The singer-songwriter added that she "wrote the song in the depths of this sad, insecure moment in my life" and that honesty behind the music is what "in the end makes the song so powerful."

More like this
'School Of Rock' Changed Joe Keery's Life Forever
By Alyssa Lapid
Everything To Know About Taylor Swift’s 10th Studio Album, 'Midnights'
By Grace Wehniainen and Jake Viswanath
Kanye West Apologizes To Kim K "For Any Stress I Have Caused" In Rare Interview
By Jake Viswanath
What Demi Lovato Really Thinks About Child Stardom, Depression, & Sobriety
By Radhika Menon
Get Even More From Bustle — Sign Up For The Newsletter