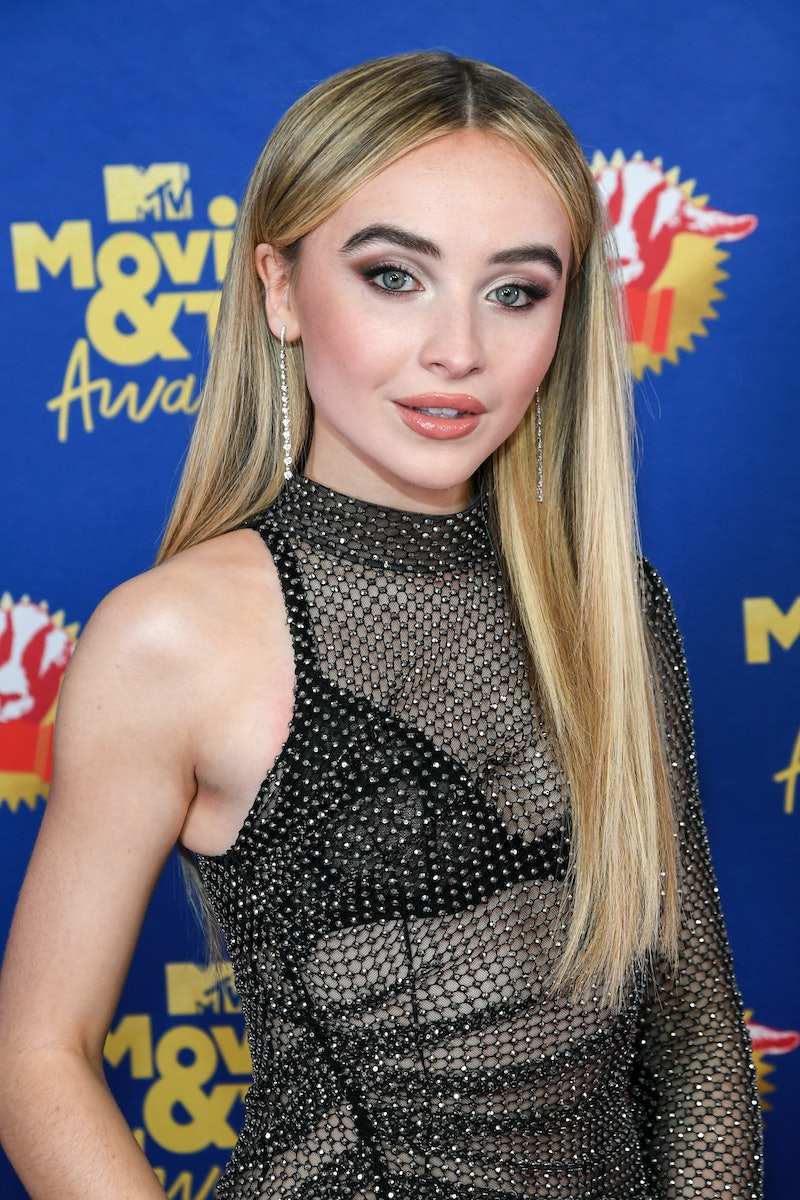 In an effort to set the record straight amid the love-triangle rumors, Sabrina Carpenter denied that her new single "Skin" is about Olivia Rodrigo. The singer's fans have been theorizing that the track is a response to Rodrigo's No. 1 hit song "Driver's License," which references a "blonde girl" thought to be Carpenter — especially since she was recently linked to Rodrigo's rumored ex-Joshua Bassett.

On Sunday, Carpenter addressed the rumors about "skin" on Instagram. "I wasn't bothered by a few lines in a (magnificent) song and wrote a diss track about it," she explained before revealing the true inspiration behind the track. "I was at a tipping point in my life for countless reasons. so I was inspired to do what I usually do to cope, write something that I wish I could have told myself in the past."

The former Disney Channel star hinted that while the song isn't meant to diss one person, "some lines address a specific situation." She also didn't reveal if she was referring to the Rodrigo-Bassett drama, and instead wrote that "other lines address plenty of other experiences I've had this past year." Carpenter added that she didn't want to continue to perpetuate bad blood, writing: "I don't want this to become an endless cycle so please don't take this as an opportunity to send more hate anyone's way."

Carpenter, who is signed with Island Records, released "skin" on Thursday. The lyrics certainly raised some eyebrows, with many thinking she was calling out "Drivers License" when she sang, "Maybe you didn't mean it / Maybe blonde was the only rhyme." Despite the drama, Bassett showed support for Carpenter's track. "Been stuck in my head since I heard it!!!" he wrote on his Instagram Story. "Congratulations @sabrinacarpenter on 'skin,' the new label, & all that's to come!!"

Although Rodrigo hasn't responded to Carpenter's song directly, she did talk about "Drivers License" and the inspiration behind it last week. "I totally understand people's curiosity with the specifics of who the song's about and what it's about, but to me, that's really the least important part of the song," she said in a Jan. 19 interview with Billboard. "It's resonating with people because of how emotional it is, and I think everything else is not important."