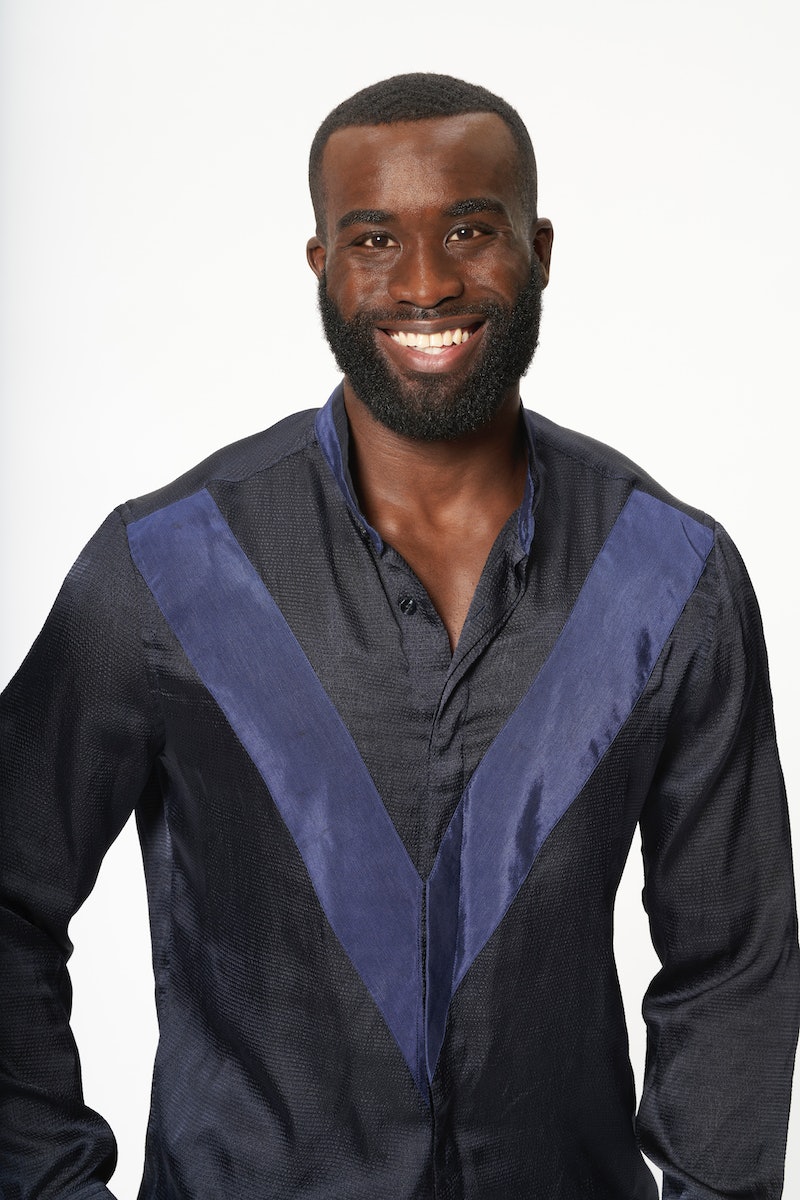 Bachelorette contestant Olumide “Olu” Inajide believes he was destined to meet Michelle Young. Not only is he a strong believer in fate, but he and Michelle happen to have a lot in common. For example, they both played Division 1 college basketball, and they’ve both already been on a reality TV show: in June 2020, he appeared on Fox’s competition series Ultimate Tag.

Olu assured his Instagram follows that he didn’t go on the The Bachelorette for more screen time, though. He just happens to have a knack for competition. “My parents came here [from Nigeria] in their 20s,” the 27-year-old IT analyst said on Ultimate Tag. “Their dream was to have a better life. It’s ingrained in me to outwork everyone.”

That could bode well for Olu’s time on The Bachelorette, as he seems determined to woo Michelle away from the other men. Here’s what else to know about the New Jersey native ahead of the show.

Olu Is A Multi-Hyphenate

Olu attended Passaic Valley High School in Little Falls, New Jersey, where he lettered in track as a sprinter and was a member of the school’s honor society. He then enrolled at Rutgers University with the goal of pursuing a career in physical therapy. He ultimately earned both his bachelor’s degree and a Masters of Public Administration in public and nonprofit administration. According to a recently deactivated LinkedIn profile, he most recently worked as a Field System Analyst at OTG Management, a Newark-based company that focuses on hospitality experiences in various airports.

Olu is also a model, certified personal trainer, and the creative director of Double O Fitness, through which he provides clients with specialized workout and meal plans. Additionally, he posts blogs on the Medium.com publication Baldwin, where he shares tips about exercise, posture, and building your core in his column “The Hero Diet.”

“My platform of health and fitness advocacy comes from my background in urban development while working and going to school in the city of Newark, New Jersey,” he wrote in a September 2020 post. “There, I noticed a discrepancy in the [amount] of health information (or lack thereof) with minorities — specifically Blacks, versus that of others. It has become my mission to bring change through education, programming, and special events. I’m inspired by the gully of [Marcus] Garvey, and the diplomacy of [W.E.B.] DuBois.”

Olu describes himself as a “motivator” on Instagram, where he shares fitness modeling content as well as advice and inspirational quotes. That means he often shows off his toned body on his page, posing shirtless or sometimes wearing nothing at all.

His Instagram also notes that he’s been featured on TV on Live With Kelly and Ryan and as a background actor in Showtime’s Billions. He’s appeared in print magazines including Harpers Bazaar and Elle, and previously walked in celebrity designer Stevie Boi’s New York Fashion Week show.

Outside of fitness, Olu likes anime and going to the theater. His perfect date is “snowboarding and then staying the night in a log cabin.” His ABC bio describes him as confident, caring, attentive, and “more than willing to go above and beyond for the woman he loves.” How far he’ll go for Michelle, we’ll see soon enough.

More like this
Zach Swears He Didn’t Look Up Contestants Before The Bachelor Began Filming
By Brad Witter
Brianna Revealed Why 'The Bachelor' Premiere Was Tougher For Her Than You Saw On TV
By Brad Witter
The Bachelor’s Christina Mandrell Comes From One Of Country Music’s Most Famous Families
By Brad Witter
Kaitlyn Bristowe Said Chris Harrison Ignored Her After Her 'Bachelorette' Hosting Gig
By Grace Wehniainen
Get Even More From Bustle — Sign Up For The Newsletter
From hair trends to relationship advice, our daily newsletter has everything you need to sound like a person who’s on TikTok, even if you aren’t.