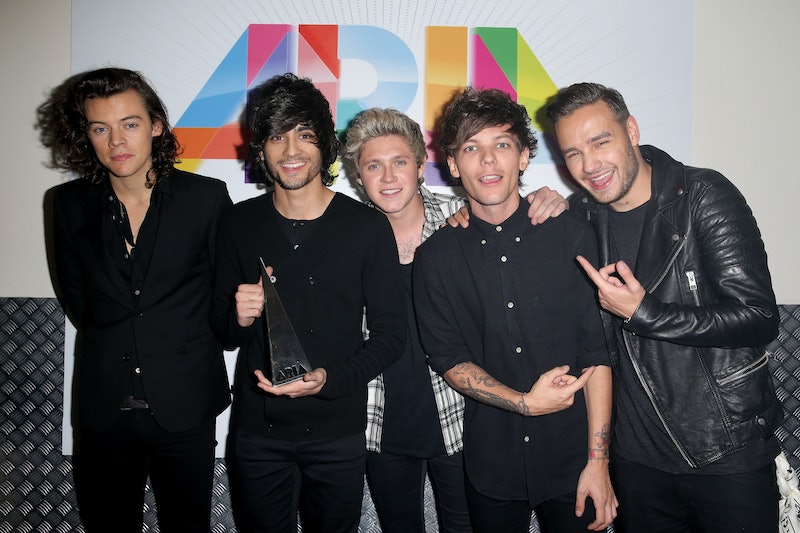 July 23 marks a major anniversary for one of the most successful boy band of the past decade. In fact, Harry Styles, Liam Payne, Louis Tomlinson, Zayn Malik, and Niall Horan first got together exactly 10-years ago. And even though they are no longer a band, One Direction celebrated "10 Years of One Direction" with a video featuring new behind-the-scenes footage and the launch of a new website..

In the video they released on Thursday, clips seemingly pulled from old 1D interviews were strung together to take fans on a walk down memory lane. The video used behind-the-scenes videos from photoshoots, music videos, and BTS interviews from when they were on tour. In the clips, various members of the group all made a point to thank fans and admitted without them, they would've never found success, a sentiment many of them echoed in their own personal statements celebrating 10 Years of 1D.

1D has been commemorating the special occasion all day in different ways, including with a new website that launched early on Thursday — and crashed almost immediately. The site — if you can get on it — features newly released content, interactive playlists, music videos, behind-the-scenes clips, a chance to relive favorite memories, and so much more.

Better yet, most of the members have even taken the time to share their gratitude for each other and the fans with meaningful messages on Twitter. Tomlinson admitted it was an "emotional" day on Twitter, and shared, "Spent the morning watching old interviews and performances. Just wanted to send a massive thank you to ALL of my band mates. What we did together was incredible."

Malik, of course, hasn't shared anything about the anniversary on social media. (He left One Direction in March 2015 after five years.) But, the rest of the members, Horan, Styles, and Payne did share their thoughrs with fans. "When I met these four gents there was no way I thought we would go on to do what we did. So many unbelievable memories we shared together," Horan tweeted about his bandmates. As for Payne, he shared a screenshot of a text he sent to his dad a decade ago about joining a boy band. "I had no idea what we were in for when I sent this text to my Dad ten years ago at this exact time the band was formed," he wrote. "Thanks to everyone that’s supported us over the years and thanks to the boys for sharing this with me."

Finally, Styles expressed how grateful he is for the past 10 years. "I will be forever thankful. I just can’t believe it’s been ten years. Thank you to our crew, our team, and everyone else who helped us along the way. To all the fans, I love you, and I thank you with all my heart. You did it all, and you changed everything."