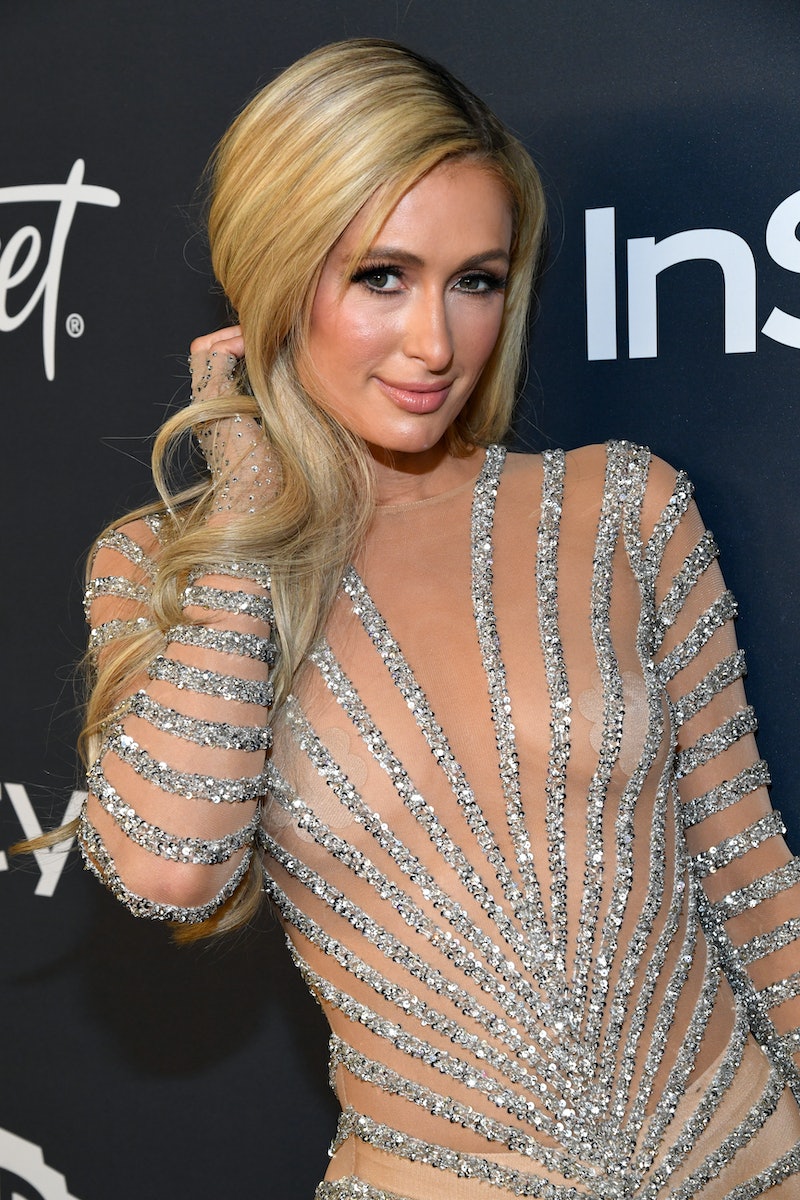 Now that Paris Hilton has been able to open up about the alleged abuse she experienced as a teenager, she won't be quiet anymore. While speaking about her YouTube documentary with E!'s Daily Pop, Paris Hilton said opening up about her past abuse made her feel "empowered" and inspired her to make sure that nobody else has to endure the same things that she did. Hilton explained that it took her a long time to be able to speak about her time at the Provo Canyon School in the 1990s, because she didn't want to think about it ever again.

"This is something that I chose to never discuss," the mogul and DJ explained. "As soon as I left there I made a promise to myself that I would never think about or talk about it with anyone ever." Explaining that she didn't feel like she could speak out about her experiences at the time, Hilton revealed, "When I was at the school, we were cut off from the outside world. If you ever said one word to your family about it, you immediately got punished."

As a result, she continued, "when I was out of there, I was just so grateful to be free that I didn't even want to bring it up ever again." While it was "hard" for Hilton to make the decision to open up about the situation — both to her mother, Kathy, in an episode of This is Paris, and to the world at large — she said she now feels "empowered" and "free" by her decision to finally speak out. "I feel like I was holding that in for so long."

Hilton also said that speaking about her alleged abuse for the first time, and seeing the reaction from people all around the world has inspired her to do more to protect other teenagers from experiencing the same thing. "Now all these other survivors who went to that school and other places like that are all coming forward with their stories and it's starting a movement," she told the Daily Pop. "And we are going to get these places shut down. That's my mission."

In her YouTube Original documentary and in a subsequent interview with People, Hilton detailed the alleged abuse she experienced as a student at Provo Canyon School, after she was enrolled at age 17 by her parents in the hopes that the strict program would curb her drinking and partying. (Bustle reached out to Provo Canyon School for comment on Hilton's claims, and Dr. Adam McLain, the school's group director and chief executive officer, told Bustle in a statement, "Originally opened in 1971, Provo Canyon School was sold by its previous ownership in August 2000. We therefore cannot comment on the operations or patient experience prior to this time.")

"It was supposed to be a school, but [classes] were not the focus at all. From the moment I woke up until I went to bed, it was all day screaming in my face, yelling at me, continuous torture," Hilton said. "I think it was their goal to break us down. And they were physically abusive, hitting and strangling us. They wanted to instill fear in the kids so we’d be too scared to disobey them." She added that she was "cut off from the outside world" while attending the school, and claimed that she was even put in solitary confinement after staff learned she was planning to run away.

While she didn't want to talk about her experiences for decades, Hilton told People that it was important for her to finally open up in order to properly move forward with her life. "It feels like my nightmare is over," she said, adding that she planned to "watch the movie with my parents," in order to make sure that they fully understand her story as well. "I think it will be good for us, but emotional too," she explained. "There are no more secrets."