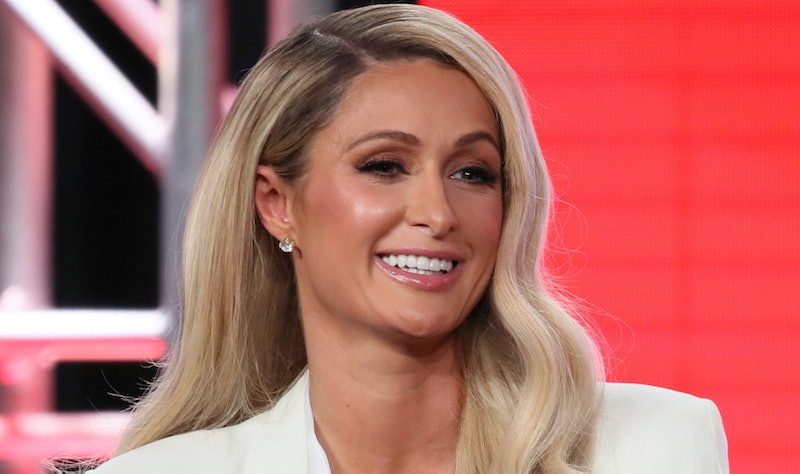 One heiress is ready to bare it all. Paris Hilton’s upcoming documentary This is Paris will reveal intimate parts of her life. The YouTube Original doc, set to debut sometime in May, will “pull back the curtain” on Hilton’s personal life and shed light on untold trauma. At the Television Critics Association press tour on Saturday, Hilton called the Alexandra Dean-directed project a “raw” and “authentic” film that’s “basically my entire life.” Hilton said, per E! News, “When people see me on red carpets, they see the glamour of it, but in this film I really discuss things I've never discussed before… people are really going to see who I truly am."

Hilton revealed that the documentary will also shed her “dumb blonde” persona — one she called a mere “character” — first introduced in her reality TV series The Simple Life, which ran for five seasons between 2003 and 2007 on Fox and E! "People thought that's who I really was," Hilton said on a panel on Saturday, per the Hollywood Reporter. "I've been judged on a character that I created at the beginning of my career and now I feel like it's really time that people see who the real Paris is."

The Simple Life followed Hilton and fellow socialite Nicole Richie as they moved to a farm to experience life outside the glitz and glamour of Beverly Hills. In an interview with PEOPLE on Saturday, however, Hilton revealed it was all a facade. “I knew what I was doing but the whole world didn’t,” she said. “So it was kind of frustrating to me to be perceived in that way because it’s not who I am at all.”

While Hilton was initially reluctant to star in the project, it turned out to be a “therapeutic” experience. “During this film, I have discovered so much about myself that I did not even know,” she said on the panel. Aaron Saidman, This is Paris’ executive producer, echoed the same sentiments. “I thought I knew Paris Hilton just like much of the public,” Saidman said, per People. “I came to discover that I was wrong and that wasn’t really the image of her.”

While it was a vulnerable year-long filming process, Hilton is ready to show her true self. "It was an amazing experience, but also very scary,” she said at the panel. “Watching the film for the first time, I was like, 'Can we cut that out?' I was freaking out but they have total control over the whole film."