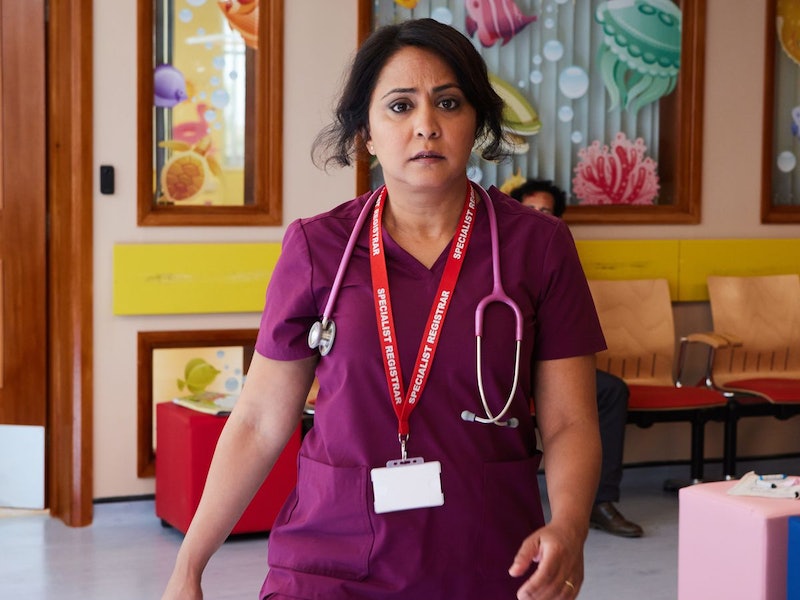 Parminder Nagra is back on our screens in the new ITV drama Maternal as Dr. Maryam Afridi. A six-part series that looks at the relationship between work and motherhood, the show is packed with wit. It also touches on an overstretched NHS system. In 2022, Nagra played a leading role in ITV crime drama D.I Ray, but she got her big break some years ago in medical drama ER and the hit UK film Bend it Like Beckham. But what is there to know about the actor's life away from the screen? Find out below.

Well, there hasn’t been much revealed to the public about the 47-year-old’s love life, so it can’t be known for sure whether the actor is single or in a relationship. Bustle has reached out to Nagra’s representatives for comment. In 2009, Nagra married photographer James Stenson after a seven-year courtship. In May of that year, the pair welcomed their son, Kai David Singh Stenson, now 13. Nagra’s friend and former ER co-star Maura Tierney officiated the wedding, per The Mirror. In fact, they had two weddings — a Sikh ceremony and a civil one. In 2017, Nagra and Stenson divorced, citing “irreconcilable differences” as the reason for the split.

More recently, when asked if she related to her character on Maternal, Nagra said, “A hundred percent, and we were all doing it in real time on that show. We were making sure our kids were taken care of and making sure that we were still able to do our work, and then feeling guilty if we weren’t there.”

More like this
Turns Out George Clooney Is A Huge Fan Of This Classic British Game Show
By El Hunt
'Bridgerton's Regé-Jean Page Is The World’s Most Handsome Man
By Darshita Goyal
New Details About Jeremy Renner's Snowplow Accident Reveal The Actor's Intentions
By Sam Ramsden
Emily Atack’s Net Worth Would Make Charlotte Hinchcliffe Proud
By El Hunt
Get The Very Best Of Bustle/UK
Sign up for Bustle UK's twice-weekly newsletter, featuring the latest must-watch TV, moving personal stories, and expert advice on the hottest viral buys.