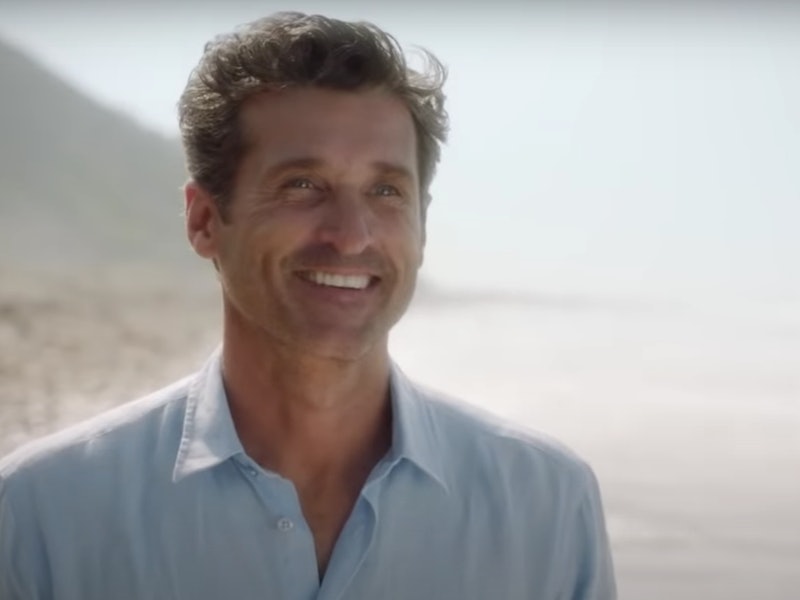 Grey's Anatomy returned for its 17th season on Thursday, Nov. 12, with the ultimate McCameo: The late Derek Shepherd, also known as McDreamy, came back in a dream sequence. Yup, Patrick Dempsey revived his Grey's Anatomy role in the form of an apparition deep in Meredith's (Ellen Pompeo) subconscious after she collapsed in the parking lot of the hospital. Dempsey spoke about the surprise storyline in an interview with Deadline alongside Pompeo and showrunner Krista Vernoff, revealing that he's open to more cameos in the future.

"Yeah, it was fun," Dempsey said when asked if he'd be willing to appear in more episodes. The premiere, which was dedicated to frontline healthcare workers, showed Meredith struggling to cope with the rising coronavirus deaths. "With everything that we're dealing with right now, and certainly we have been distracted with the election, we're going to get back into the reality of COVID and being in a pandemic and all the lives that have been lost," He said, adding that the storyline could help those who've lost loved ones heal.

Vernoff echoed Dempsey's sentiments, citing the need to bring joy to viewers during such turbulent times. "From a writer's perspective, it happened because it was my job to find a way — once we determined that we were doing the pandemic — to also bring joy, and escape, and fan candy [to fans]," she said, explaining that the idea for the dream sequence came to her while she was walking on the beach. And while she didn't disclose how long Dempsey will stick around for, she did say it's "more than the one scene you saw."

Derek's return came in the last few seconds of the premiere, giving longtime fans of the series yet another reason to tune in to next week's episode. Meredith is on the shores of a picturesque beach in the sequence when she spots her late husband. In a teaser clip, the surgeon tells Derek that she misses him, to which he replies, "I know."

Dempsey called Derek and Meredith's reunion "really special" in the trio's Deadline interview, while Pompeo reflected on how therapeutic it was to film. "Patrick and I have this chemistry, where I think, even from when we first met, for some reason it just felt like we've known each other for a hundred years," she said. "... It was very healing to come back, and know that we're doing something good, putting out a positive story, a healing story [that is] going to make people smile."