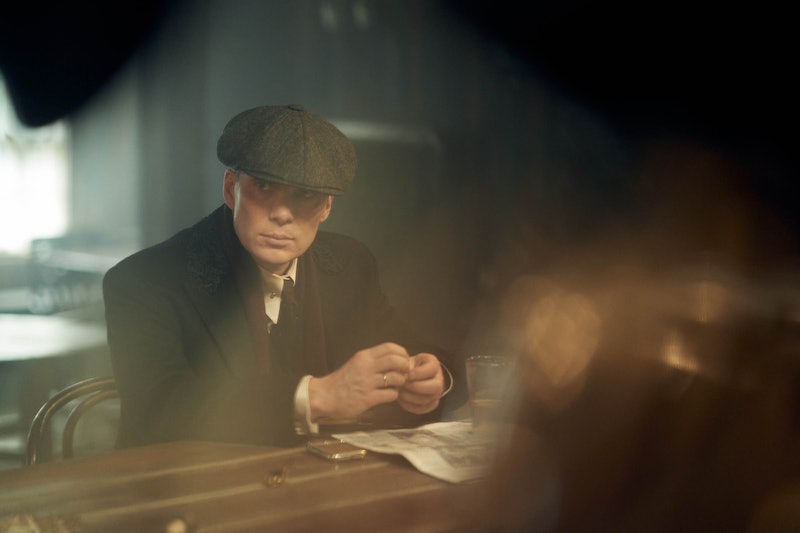 Peaky Blinders was finally back on our screens this weekend (Feb. 27), with Cillian Murphy’s lead performance once again captivating fans in his role as Birmingham lead gangster Tommy Shelby. But there’s been quite a bit of attention given to how exactly the Irish actor achieved his infamous Shelby look and sound. Thankfully, Murphy revealed all in a recent interview, detailing the process it took to physically look and sound like Tommy Shelby.

In an interview with Radio Times, the 45-year-old actor said he struggled to physically transform himself into the character of Tommy Shelby, who suffers from post-traumatic stress disorder. For this, he had to undergo some pretty big lifestyle changes. “I’m not a very physically imposing person,” he told Radio Times. “So I have to eat a lot of protein and lift a lot of weights and do all that stuff. So that takes a while, which I hate.”

Murphy also talked about the difficulties of transforming his Cork accent into a Birmingham one in his portrayal of Shelby. The Irish actor said he spent some time with Steven Knight, Peaky Blinders’ creator, and Knight’s friends in a Birmingham pub to pick up their accents.

“I do not share one thing with him. There’s no iota of commonality between the two of us,” Murphy said. “I hung out with Steve, and we went to the actual Garrison pub in Birmingham with his Brummie mates. And we’re just drinking Guinness there, and they’re singing Birmingham City songs and telling all sorts of stories, and I was recording on my iPhone, and then I took that home and used it to try and track the accents,” he explained.

The sixth and final Peaky Blinders series honoured Helen McCrory, who played Aunt Polly. The celebrated actress passed away in April 2021 at the age of 52 in her battle with breast cancer. Per Variety, Murphy hopes the new season lives “up to the memory” of his late co-star.

“I think the whole series is really in tribute to her and to honour her. Her presence and her character’s presence are very much still felt in the series, and it is very much part of Tommy’s journey in the season.”