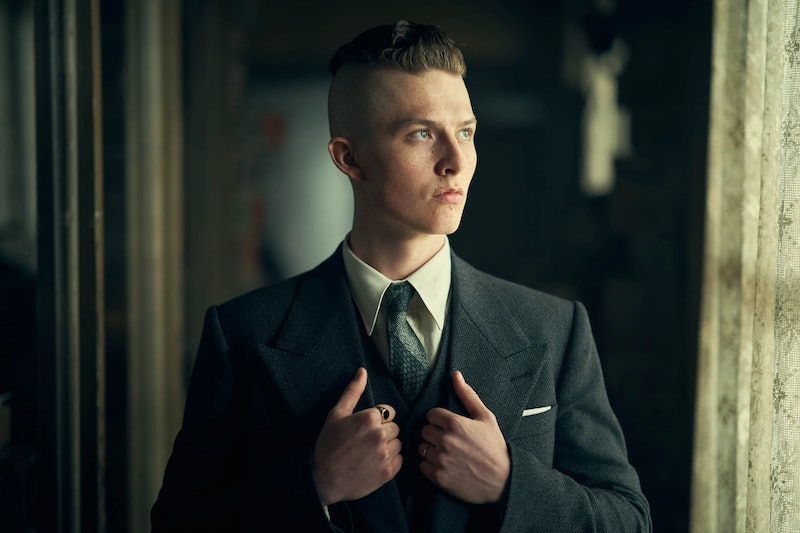 Spoilers ahead for Peaky Blinders season 6. Peaky Blinders is heading ever close to its finale, but fans have just one question on their minds: Where is Finn Shelby? In stark contrast to last season, where he was shown to be getting more involved in the family business, the youngest Shelby brother has been somewhat absent as of late.

Tommy Shelby (Cillian Murphy) is facing a mental and physical health battle, all whilst mourning the death of his daughter, Ruby (Orla McDonagh). Now could be the ideal time for Finn to step up and take on a key role in the running of the Shelby family’s many business ventures, but he’s only made fleeting appearances on the show so far. He was in the background at both Polly and Ruby’s funerals.

Over the course of the entire show’s run, Finn has grown from a young boy in need of protection to a man capable of running his own arm of the business. Last season, he had been keeping tabs on bookmaker Billy Grade (Emmett J. Scanlan) as he conducted football bets. However, he inadvertently disclosed vital information that jeopardised Tommy’s big plans. Is that why he’s now been seemingly demoted?

Fans have been wondering when they’ll see Finn come back to the forefront.

The actor previously spoke to Digital Spy ahead of season 6 and promised that viewers would be "seeing an emotional side to Finn that we perhaps haven't seen before".

He teased: "Usually, it's quite a physical reaction, whereas I got to play quite a few scenes that were more of an emotional reaction, which naturally, as an actor, you get to sink your teeth into more, and explore with that the character."

Meanwhile, Finn is heavily featured in newly-released images from the upcoming episodes. Can we expect the youngest Shelby brother to make an epic comeback? Here’s hoping...

More like this
The Future Of 'All Creatures Great & Small' Is Confirmed & Wedding Bells Are Ringing
By Rebecca Fearn and Frances Stewart
Regé-Jean Page Spoke Out On His Rumoured 'Bridgerton' Return
By El Hunt and Maxine Harrison
Here's How To Stream 'Downton Abbey: A New Era' & The New 'Downton' Channel
By Alice Broster and Sam Ramsden
Neil Patrick Harris Will Play 'Doctor Who's “Greatest Enemy” Yet
By El Hunt
Get The Very Best Of Bustle/UK