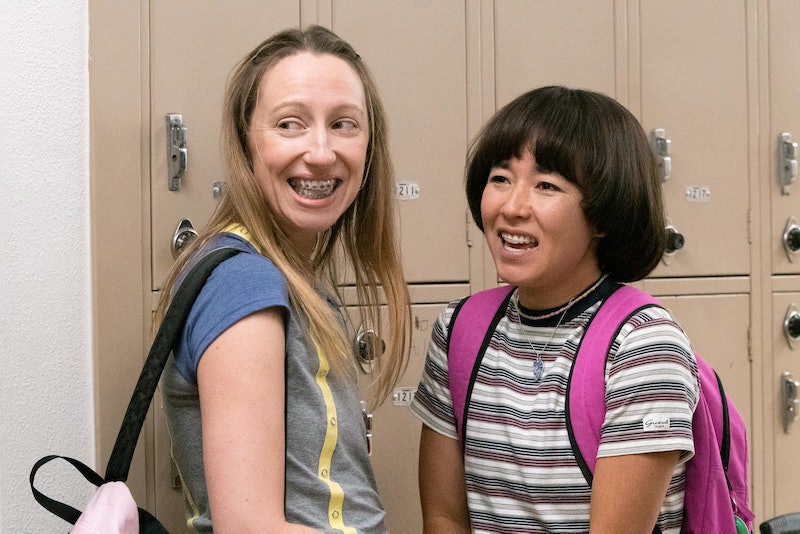 After just two seasons, Hulu’s PEN15 is coming to an end. A Hulu representative confirmed to Variety that Season 2 — which airs its final batch of episodes on Dec. 3 — will now mark the conclusion of the show. “[Series creators Maya Erskine and Anna Konkle] feel the story they wanted to tell has come to an end,” the representative said. “Hulu will continue to leave the door open for more PEN15 in the future and look forward to working with [Erskine and Konkle] again.”

The clever, endearing, and at times unbearably cringey show stars Erskine and Konkle as 13-year-old versions of themselves navigating the awkwardness and angst of adolescence. The rest of the characters are played by actual child actors — a choice that helps to accentuate how out of place Erskine and Konkle’s characters feel. Throughout its run, the semi-autobiographical comedy earned widespread praise as well as an Emmy nomination for Outstanding Comedy Series. The announcement of its ending comes as a surprise, but fans will hopefully be comforted in knowing it’s how Erskine and Konkle saw things from the beginning, and that the choice was theirs.

In an interview with The New Yorker published in late November, the pair said that they always planned for Season 3 (which has now become Season 2, Part 2) to be the show’s last and that COVID-19 related delays and difficulties only confirmed their decision. Besides, the audience was never meant to see Maya and Anna make it to eighth grade. “The conceit of the show was that they think they’re in seventh grade forever,” Erskine told the New Yorker. “It is this extreme microscope. It’s, you know, interminable Hell.”

It’s been nearly a decade since the two started working on the show that became PEN15, and sources told The Hollywood Reporter that the stars were just ready to take a break. They also both recently welcomed their first children: Konkle had a daughter, Essie Wunderle Anfanger, in early 2021, while Erskine had a son, Leon Frederick, in May.

That doesn’t mean Maya and Anna’s story is over for good, as other sources said that Hulu is definitely interested in doing additional seasons of PEN15 if Erskine and Konkle ever decide they want to revisit the story. But for now, it’s time to leave the pubescent discomfort of middle school behind and return to the regular discomfort of adulthood.

More like this
Wait, Is Barney Stinson Related To Sophie On 'HIMYF'?
By Gretchen Smail
The 'Gossip Girl' Reboot Creator Is “Looking For A New Home” To Air A Potential Season 3
By Brad Witter
Here’s Why Danny Masterson’s Hyde Isn’t In 'That '90s Show'
By Brad Witter
Pamela Anderson's Sons Brandon & Dylan Have Their Own Hollywood Careers
By Arya Roshanian
Get Even More From Bustle — Sign Up For The Newsletter
From hair trends to relationship advice, our daily newsletter has everything you need to sound like a person who’s on TikTok, even if you aren’t.