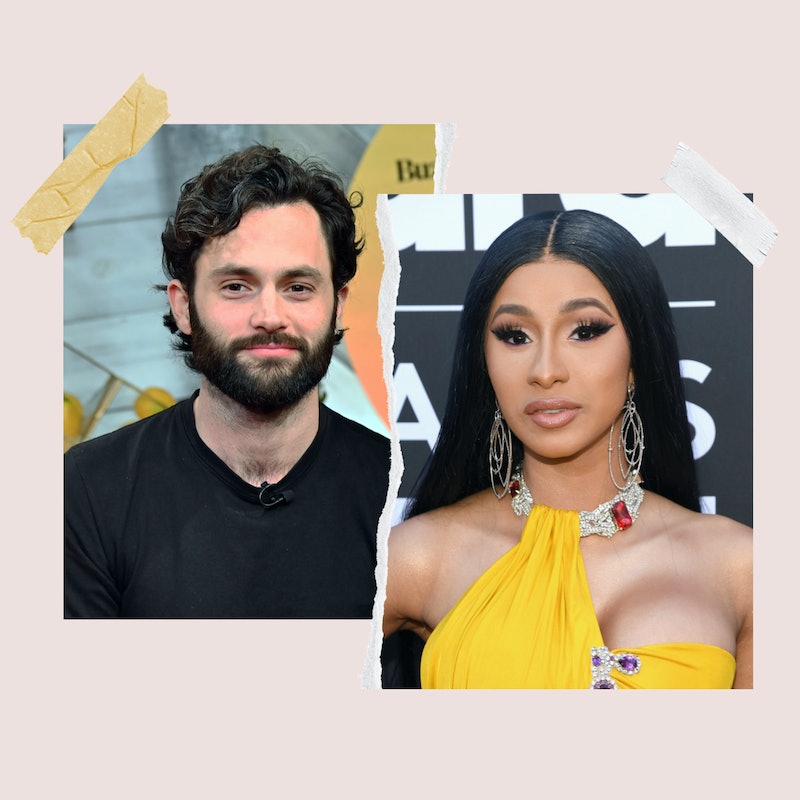 Season 3 of YOU hit Netflix last week, and it seems that no one’s a bigger fan than Cardi B. On Sunday, October 17, the rapper was totally starstruck when she saw an old interview of actor Penn Badgley praising her for her authentic social media presence. “I actually really appreciate people who have this sort of second nature relationship to [social media],” Badgley said in the clip, using the “WAP” artist as an example. “I feel like she has an incredibly authentic relationship to that, and that’s why people like her so much.”

The nearly two-minute-long video was initially brought to Cardi’s attention by Twitter user @DearBelcalis. “Penn Badgley aka Joe Goldberg of #YOUSEASON3 is a Cardi B stan never forget,” the fan wrote. After watching the clip for herself, Cardi couldn’t hold back her excitement. “OOOOMMFFFGGGGGG HE KNOWS ME!!!” she tweeted. “OMMMGGGG!!!!!! Yoooo like I’m famous famous.” Badgley responded, of course, but he was clearly speechless.

Inevitably, fans of both the rapper and the actor loved their Twitter exchange. “He’s gonna stalk you,” @boi_bardi tweeted, referencing Joe Goldberg’s tendency to keep close tabs on his victims in the series. Another fan interpreted Cardi’s tweet from Joe’s perspective: “Joe be like: hmm you quoted a tweet…not just any tweet but MY tweet. with all these people tweeting tonight, you quoted MINE while scrolling through the tl. what was it that intrigued you? i need to know more. i need to know what you’re thinking. i need to know YOU.”

In addition to joking about Joe, several other fans took to the social media platform to warn the “Money” rapper about Love, Joe’s homicidal wife. “Better lock your doors and sleep with an eye open,” Twitter user @Adwoa_Naii joked. Someone else joked that Love was probably somewhere nearby, likely feeling threatened by their brief Twitter interaction. “Love somewhere in the background like “Cardi B, huh?” @CharlaMAYNE wrote.

Several other fans on social media felt the need to remind Cardi that she was famous long before Badgley complimented her authenticity in that interview. “Do you not know you’re one of the biggest female artist of all time,” @womanizerbritt asked. Twitter user @HITBARDI echoed that sentiment, writing: You would’ve thought you were famous with the 3 Diamond songs you have but sure.”