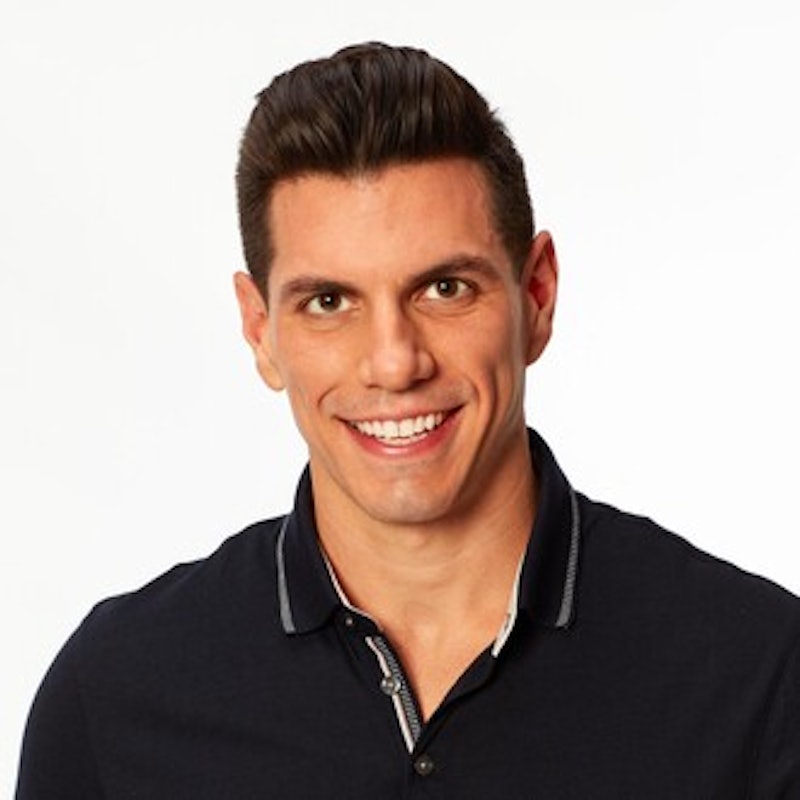 Now that Tayshia Adams has officially taken over The Bachelorette, it's time to meet the "backup contestants" who were reportedly brought in to complete her cast of men, per Us Weekly. According to Reality Steve, one of those guys is Peter Giannikopoulos, so here's what we know about the Boston native so far.

Peter is an adviser and property investor for Douglas Elliman, a nationwide real estate brokerage company with offices located in Massachusetts. According to his Instagram, Peter's been in the business for three years. On Oct. 30, he announced the launch of his own brand within the Douglas Elliman company, which just so happens to align nicely with his reality TV debut. Not saying he's here for the wrong reasons, but the timing is definitely interesting.

"I’ve been waiting for this day my entire career," he wrote on Instagram. "This is not just any real estate brand. I am powered by positive impact, life-changing moments, and pure authentic smiles. I can not wait to show you what’s to come. Here is to the beginning of an uncharted journey."

Most of Peter's Instagram grid is related to his real estate work — open house announcements, home tours, market updates, and the like — but he recently began sharing more of his personal life. Judging by his posts, he has a Boston terrier named Hercules, loves to travel, and spends a lot of time in the gym.

Peter Is Proud Of His Greek Heritage

And He Makes A Mean Stack Of Pancakes

If he doesn't end up with Tayshia, Peter's future significant other is in luck because he goes hard when it comes to brunch On Oct. 18, he shared a "Cooking With Peter G" IGTV video in which he made a towering stack of blueberry pancakes for what he likes to call "Football Sunday Brunch." Weird, watching sports doesn't sound so bad after all.