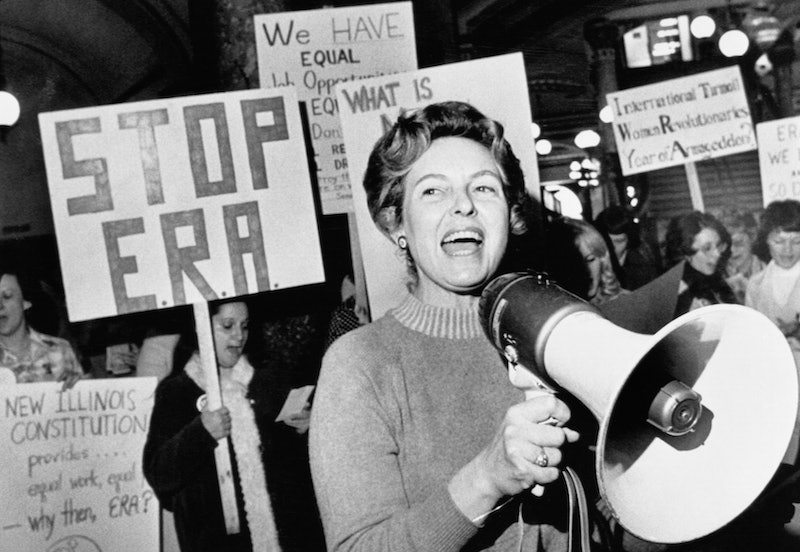 In the most recent episode FX on Hulu's Mrs. America, viewers are introduced to the other, younger Phyllis Schlafly. This Phyllis Schlafly is the Equal Rights Amendment opponent's namesake daughter — an undergraduate at Princeton University who would now prefer to be called Liza, thank you very much. The elder Schlafly is upset by the attempted distancing, but Phyllis Schlafly's daughter Liza doesn’t back down. Her new classmates, she explains, are liberal. Her name doesn’t single her out as the kin of a political celeb, but a political scourge.

In real life, Phyllis Schlafly Jr. did trade in her forename for Liza, which is how she’s listed even on the website of her mother’s longstanding conservative group the Eagle Forum. While the show paints her as somewhat of a rebel, denying her maternal heritage and listening to The Runaways on cassette, in many ways the life of Liza Schlafly — now Liza S. Forshaw — hews to her mother’s values.

After Princeton and law school at the University of Virginia, Forshaw returned to her mother’s hometown of St. Louis, Missouri. Schlafly, of course, also became a lawyer, but much later in life than her daughter. Forshaw, it seems, did things in the wrong order as far as her mother was concerned. As the conservative icon told the New York Times in 2006, after Forshaw's retirement from her real estate law practice, "She stuck it out through all the difficult years when the children were young, and then she decided to leave." Then she added: "I've never told my children what to do."

Unlike some of her other siblings, though, Forshaw has not been formally involved in her mother's political work; she doesn’t hold a post within the Eagle Forum or The Schlafly Report. And when an inheritance battle broke out between her siblings following her mother’s death, Forshaw never went on the record with the press. (Her name does appear in the pleadings.) 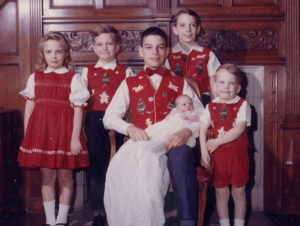 But just because she distanced herself from her mother’s political movement doesn’t mean they don't share the same conservative values. Contrary to the fissure suggested in this week’s episode of Mrs. America, Forshaw supports many of the same candidates her mother endorsed. According to FEC filings, she’s already contributed thousands to President Trump’s 2020 re-election campaign and to Senator Roy Blunt, who remarked upon Schlafly’s 2016 passing that the conservative campaigner was “a valued friend.” Forshaw herself is “good friends” with Republican professor Donald Critchlow, who authored the book on her mother’s grassroots campaigning.

In fact, Forshaw swam in conservative circles even while at liberal Princeton. Her roommate was Nabers Cabaniss, a pro-life activist inside the Reagan Administration. In a 1987 New York Times profile, Forshaw served as a kind of character witness for Cabaniss' years on campus: “Nabers never touched drugs. She never engaged in premarital sex. She seldom drank, and when she did it was very abstemiously. She never experienced the kind of alienation from her parents that so many college students do.''

Forshaw, a mother of three, including twin girls, also seems to have passed along the Catholic upbringing she inherited as a Schlafly. In 2018, one of the twins took her final vows to become a Carmelite nun — a cloistered, traditional order.