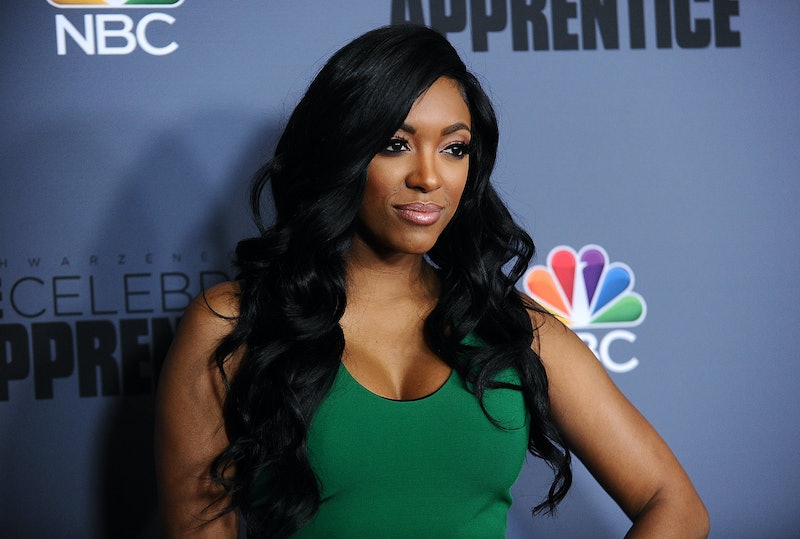 This Real Housewives of Atlanta star will not rest until Breonna Taylor's killers are brought to justice. On July 14, Porsha Williams was arrested in Louisville, Kentucky at a protest calling for the arrest of the police officers responsible for killing the 26-year-old Taylor in her home after being granted a "no-knock" warrant on March 13. Alongside 86 other protesters, Williams was arrested and charged with intimidating a participant in a legal process (a Class D felony), second-degree disorderly conduct (a Class B misdemeanor), and third-degree criminal trespass (violation), a Louisville Metro Police Department (LMPD) rep confirmed to Entertainment Tonight.

According to the LMPD, the protestors gathered on the front yard of the Kentucky Attorney General, who said they were trespassing. "All were given the opportunity to leave, were told that remaining on the property would be unlawful, and chose not to leave," the police department rep told ET. They were then arrested "due to their refusal to leave the property and their attempts to influence the decision of the Attorney General with their actions."

Following her arrest, Williams didn't back down and continued to call for the arrest of the police officers who killed 26-year-old Taylor. "Just in case you all forgot, the cops who MURDERED Breonna Taylor have still not been arrested or charged," she wrote on Instagram. She also commented about her arrest and shared, "The ACLU of Kentucky has said that the Louisville Metro Police Department's use of a felony allegation against demonstrators was designed to muzzle the protests. We are still sitting outside LMPD because we won’t leave until every single one of our protesters is released. This is family."

Williams' fiancé, Dennis McKinley, also shared a video of the Bravolebrity getting arrested. After she and some of the other protesters were released, Williams posted a photo with Taylor's mom, Tamika Palmer, outside of the LMPD.

Taylor was an essential health care worker who also worked at local hospitals during the coronavirus pandemic, and her death has sparked protests around the country as her family still waits for justice. According to CNN, the LMPD were looking for a suspected drug dealer in an ongoing narcotics investigation when they killed Taylor, despite the fact that the drug dealer did not live in the home. In fact, he was already in police custody at the time of her death. Walker thought there was a break-in resulting in him shooting one bullet in self-defense, per the Courier Journal. The police then shot around 22 rounds that hit and killed Taylor.

Ever since the deaths of Taylor and George Floyd, Williams has been outspoken in supporting the black community in different ways, including protesting and educating others about Juneteenth, the holiday on June 19 that recognizes the official freedom of slaves in America. In a June 19 essay written for Today, Williams said, "The injustice that has been ignored for decades is being recognized and supported worldwide. Juneteenth is a chance to keep that momentum going and a chance for people who haven’t celebrated the day in the past to do so."

More like this
Andy Cohen Apologized To Larsa Pippen After A 'RHOM' Season 5 Reunion Dust-Up
By Brad Witter
'RHOP' Stars Robyn & Juan Reportedly Got Remarried & Filmed The Ceremony
By Brad Witter
'RHOSLC' Star Jen Shah Refuses To Do A Post-Sentencing Interview With Andy Cohen
By Brad Witter and Jake Viswanath
Lenny Hochstein's “Boob God” Reputation Bolsters His Multimillion-Dollar Net Worth
By Brad Witter
Get Even More From Bustle — Sign Up For The Newsletter
From hair trends to relationship advice, our daily newsletter has everything you need to sound like a person who’s on TikTok, even if you aren’t.