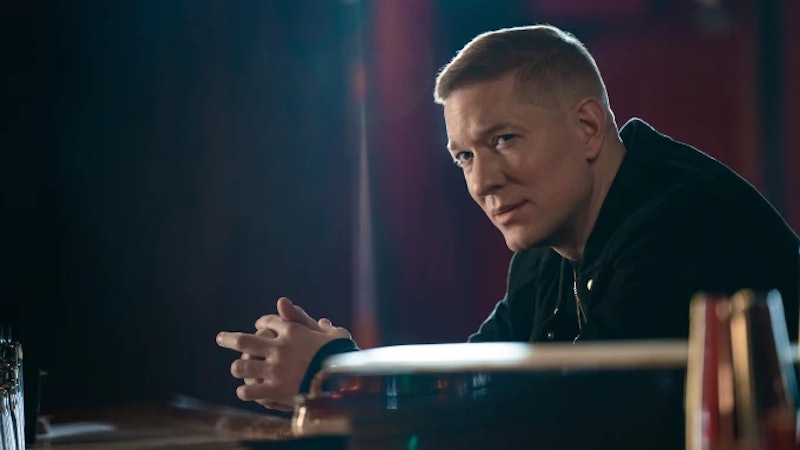 “Fans have been eagerly awaiting Joseph’s return as the iconic “Tommy Egan” and from the show’s record-setting debut, it was clear right away that they want to see another season of him taking on this new city,” Starz President and CEO Jeffrey Hirsch said in a March 9 statement. “We are thrilled to have Joseph back in the Power Universe and to be expanding the world with a new tapestry of power players brought to life by our fantastic cast.”

There will be one major change to the new season, however: Force creator and Season 1 showrunner Robert Munic departed the series last year over reported “creative differences,” and will be replaced by Gary Lennon for Season 2. Lennon, whose previous credits include Euphoria, Orange Is the New Black, and Hightown, previously worked with Sikora on the original Power series.

Despite the early renewal, executive producer Curtis “50 Cent” Jackson was initially frustrated that the show wasn’t renewed sooner. “They Renewed High town [sic] and FORCE is the highest rated show they have it sitting in limbo,” he captioned a March 1 Instagram post, following Starz announcement of Hightown Season 3 but before news of Force’s renewal broke. “If I told you how much dumb shit I deal with over here.” The Grammy winner also claimed he might cut ties with Starz when his four-year deal expires in September. (Sources told THR at the time, however, that the network was in the midst of negotiating a new overall deal and wanted him to remain with the company “for years to come.”)

‌But Force’s drama is even more explosive — sometimes literally — on screen. Here’s everything we know so far about Force Season 2.

When Starz announced the renewal, Variety reported via an unnamed insider that a Season 2 writers’ room had already been staffed ahead of the February series premiere. The network has yet to announce a return date, but another spinoff, Power Book II: Ghost, had about a year gap between its freshman and sophomore seasons. If Force follows a similar release pattern, viewers can expect to see Tommy return to action in early 2023.

However, because the Power universe is known for shocking deaths, the events of the April 17 season finale could provide some clarity on the Season 2 cast. Viewers already know that Gabrielle Ryan’s Gloria won’t be back for Season 2 — at least, not in the flesh. “Gabrielle is fine,” Ryan captioned a March 28 Instagram post, sharing behind-the-scenes photos of her character’s shooting death. “Gloria however, now has a bloody hole on her face ... Why didn’t Vic just listen to Tommy. He never steered him wrong before like he said.” Sikora, for his part, captioned a March 28 “dump” of photos of him and Ryan, “GUTTED. One of my favorite people on the planet.”

This post will be updated as more details about Force Season 2 become available.

More like this
Everything To Know About 'Cobra Kai' Season 6
By Brad Witter
'The Crown' Season 6 Has Suspended Filming "Out Of Respect" For The Queen's Death
By Bustle Staff
The OG Power Rangers Are Returning For A Spandex-Clad Special
By El Hunt
Ozzie’s Coming Out Scene With Kitty On 'That ’90s Show' Has Twitter Sobbing
By Brad Witter
Get Even More From Bustle — Sign Up For The Newsletter
From hair trends to relationship advice, our daily newsletter has everything you need to sound like a person who’s on TikTok, even if you aren’t.