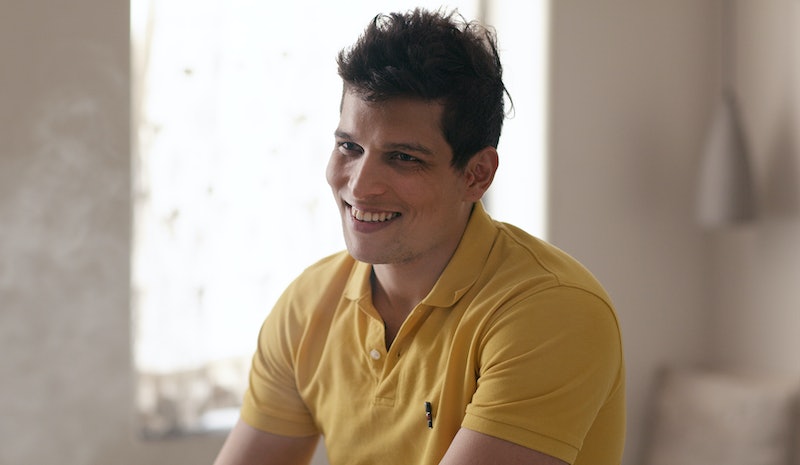 Jewelry designer Pradhyuman Maloo had high standards for who he wanted to marry — audiences learn during his appearance on Indian Matchmaking that Pradhyuman has rejected 150 women. But when matchmaker Sima Taparia set him up with Rushali Rai, it seemed like he may have met his match. Unfortunately, it doesn't seen like things worked out between them, because Pradhyuman isn't dating Rushali anymore. "We had different paths in life and we respected that and moved ahead," he told the L.A. Times of their relationship. "I'm still looking for the right one."

According to the Indian site Republic World, Pradhyuman works for a jewelry company called Nornament. Per LinkedIn, Nornament was founded by Sushma Maloo (Pradhyuman's mother) in 1995; the Economic Times reported that it was incorporated in 2010. As for his own background, according to LinkedIn, the Indian Matchmaking subject attended H.R. College of Commerce and Economics in Mumbai, where he studied commerce. He later got his master of science at London's Cass Business School.

Recently, Pradhyuman has been in his hometown of Mumbai, where he's spending time with family and making elaborate recipes. The Dehli-based Rushali, meanwhile, is busy promoting Indian Matchmaking and posting yoga videos. It doesn't seem like there are any hard feelings between him and Rushali because she has been tagging him in posts about the Netflix series.

"There are moments in our life when we meet someone and we feel as if we have known them all our lives!" she captioned a July 18 photo of some Indian Matchmaking stills, tagging Pradhyuman. "It was indeed a beautiful journey and will always be."

But while the two of them hit it off, it seems like Pradhyuman is not ready to settle down. As he says in Episode 1, "It would be nice to have a partner, but I'm not sure if I want to get married at this point of time."