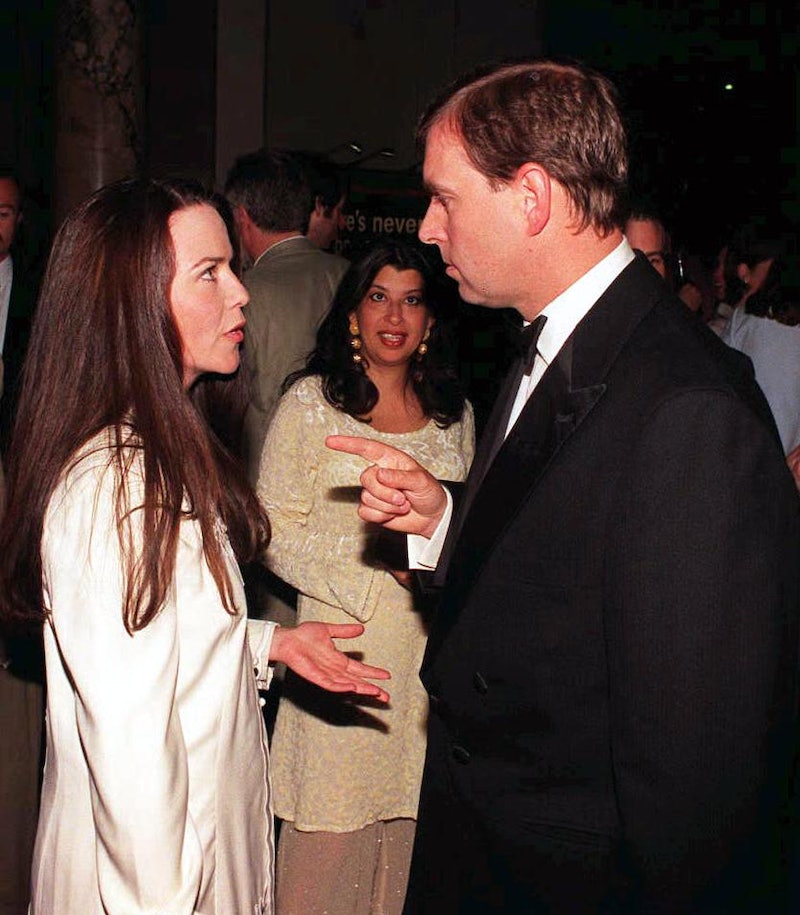 Prince Charles and Princess Diana's ill-fated marriage may be the driving force in The Crown Season 4, but Prince Andrew's relationship with actress Koo Stark gets a brief mention too. Not as much time is devoted to their romance, because it didn't last long and was quickly overshadowed by Andrew's 1986 marriage to Sarah Ferguson. Still, Stark was a significant person in Andrew's life and has remained that way even in the years since their breakup.

As Stark revealed to the Daily Mail in 2015, the two were introduced by mutual friends at Andrew's 21st birthday party in 1981. They initially didn't receive much press attention, because the paparazzi were focused on Princess Diana. But that changed when Andrew returned home from the Falklands War in 1982. Charles Rae, a former royal correspondent for The Sun, told the New York Post that Andrew came back as a war hero. "Suddenly people were interested in him. They wanted to know everything about him, particularly who his girlfriend was," Rae said.

In digging up information about Stark, it was revealed that she'd appeared in the racy 1976 film The Awakening of Emily, which follows her character as she explores her sexuality. The press had a field day with the topless poster Stark appeared in for the movie and a shower scene between her and another woman, and the negative attention ultimately damaged her and Andrew's relationship. "It was out of their control. There were external forces at work and they didn’t break up of their own volition," The Sun's Rae told the Post.

Prince Andrew and Stark officially split in 1983, and Stark later described that time of her life as a "nightmare." "The amount of attention and pressure on me became unbearable," she said, per Mail Today.

Desperate to find a way to hide from the paparazzi, Stark eventually started taking photos of them right back. "'I can tell you honestly, to be subjected to that is something I would imagine is like going to war," she told The Guardian in 2001. "'I had run out of disguises and places to hide and I realized that a camera in front of your face was an extremely good way of retaining your anonymity." That led to the second phase of her life as a professional photographer.

Even after Stark and Andrew married other people, they remained in contact. She told the Daily Mail that Andrew is her daughter's godfather. She also came to his defense after Virginia Roberts Giuffre alleged in 2015 that Andrew assaulted her when she was 17. Buckingham Palace denied the claims on behalf of Prince Andrew, stating, "It is emphatically denied that The Duke of York had any form of sexual contact or relationship with Virginia Roberts. Any claim to the contrary is false and without foundation."

There hasn't been much reported about Stark and Andrew's relationship since then. But for someone like Stark, who has preferred to stay out of the spotlight, it will likely be a relief that The Crown barely mentions her beyond a quick scene.