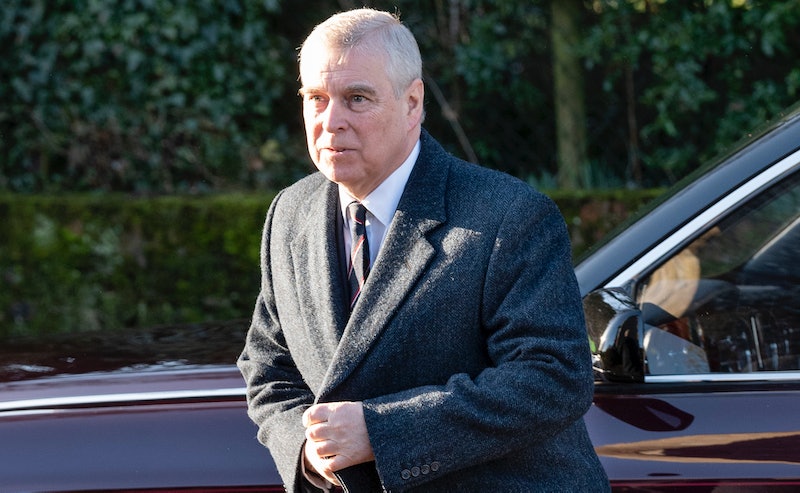 Geoffrey Berman, the prosecutor overseeing the investigation into Jeffrey Epstein's alleged crimes, has said that Prince Andrew has provided “zero-cooperation". Despite the Duke of York stating that he was “willing to help any appropriate law enforcement agency” during his Newsnight interview last year, Berman claims that investigators have received no response from the royal's lawyers since Nov. 2019.

Speaking outside Epstein’s New York mansion, Berman issued a statement on Andrew’s reported lack of involvement. “Ordinarily, our office doesn’t comment on whether an individual cooperates or doesn’t cooperate with our investigation,” the U.S. attorney said. “However in Prince Andrew’s case, he publicly offered to cooperate with law enforcement ... so I think in that context, it’s fair for people to know whether Prince Andrew has followed through with that public commitment.”

Berman continued: “So let me say that the Southern District of New York and the FBI have contacted Prince Andrew’s attorneys and requested to interview [him]. And to date, Prince Andrew has provided zero-cooperation.”

Lisa Bloom, the lawyer representing five of Epstein’s alleged victims, welcomed Berman’s comments. “I’m glad that Geoffrey Berman has gone public to try and embarrass Prince Andrew, who made one statement and then behind closed doors is doing something very different.” She went onto explain that if Andrew “has done nothing wrong,” there’s no reason for him not to speak to investigators about his relationship with Epstein. “It’s time to stop playing games and to come forward to do the right thing and answer questions,” she told BBC News.

One of Epstein’s alleged victims, Virginia Giuffre (previously Roberts), “claimed in court papers in Florida that she was forced to have sex with Prince Andrew when she was aged 17, below the state’s age of consent,” The Independent writes. As Bustle previously reports, Buckingham Palace denied these allegations, as did Prince Andrew during his Newsnight interview last year. “This relates to proceedings in the United States, to which the Duke of York is not a party,” the Palace said in a statement. “Any suggestion of impropriety with underage minors is categorically untrue.”

Prosecutors including Berman, and the FBI want the Duke of York involved with the investigation because of his ties to Epstein. Bloom highlighted that because Berman “doesn’t have the power to subpoena Prince Andrew as part of the criminal investigation,” going public with Andrew not cooperating was the only thing he could do to move it forward. It’s also worth noting that because Andrew is a member of the royal family, ordering a subpoena would be a hard task.

Former federal prosecutor David Weinstein told The Guardian that “due to heightened security that surrounds the royal family,” summoning Andrew to court would require more work. “It certainly is far more difficult to walk up to a member of the royal family and serve them a subpoena as you would a private citizen,” he explained. Although, lawyer Gloria Allred, who represents another five of Epstein’s alleged victims, has threatened to subpoena Andrew herself “if he enters the United States,” as she explained on BBC Radio 4’s Today programme (via The Telegraph).

“We could, also, in our civil lawsuit, seek to subpoena Prince Andrew,” Allred said. “Certainly, if he ever came back to the United States — that would be one of the first things that I’m sure a lot of lawyers, including me, would want to do.”

More like this
Mollie King & Stuart Broad Just Shared The First Pic Of Their Baby
By Sophie McEvoy
The David Beckham Qatar Controversy, Explained
By Sophie McEvoy
Kate Middleton Shares The Key To Building A "Happier Society" In A New Op-Ed
By Stephanie Topacio Long
You’ll Most Definitely Recognise Kyle Pryor’s Soap Star Girlfriend
By Sophie McEvoy
Get The Very Best Of Bustle/UK