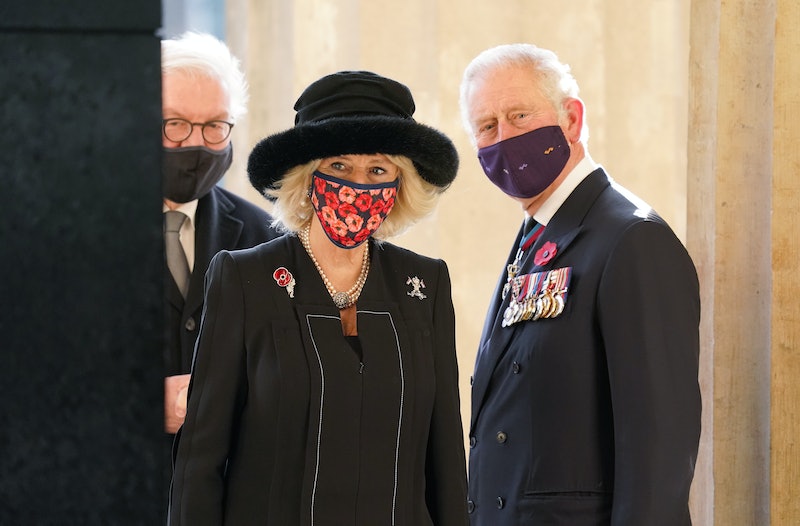 Prince Charles and Camilla have turned off Twitter comments on their account following an influx of trolling from users apparently angered by the the most recent series of The Crown. The royal couple's @ClarenceHouse Twitter account is now restricted, and only people who the account follows or those who are mentioned in one of their Tweets are allowed to reply to them directly. When you go to reply to a Tweet on their page, you are met with the following message: "People @ClarenceHouse follows or mentioned can reply."

The move follows increased online attention and comments by trolls who have seemingly watched The Crown series four, and angered by the show's portrayal of Princess Diana's treatment at the hands of Charles and Camilla. Series 4 introduced Diana (played by Emma Corrin) to the narrative, and did not paint Charles and Camilla in the best light.

The comments being left by viewers have also extended to Instagram, where they are currently still allowed. However, they tend to be more support for Diana, rather than unkind words to Charles or Camilla. On one photo for example, users have left 'Diana ❤️' or 'Diana Forever' comments in their hoards, in support of the Prince of Wales' first wife.

Others however have left messages of support for Camilla on Twitter, noting that it's a shame this abuse has led to them having to take action. "It's particularly sad that @ClarenceHouse had to turn off their comment section due to online hate! We love and appreciate you, Charles & Camilla! #weloveyoucamilla [sic]," wrote one Twitter user.

Clarence House has yet to comment on the situation, or respond to requests for further information as to why they shut off their public Twitter replies.

More like this
Princess Diana’s Brother Shared A New Photo Connected To Her Childhood
By Darshita Goyal
The Spice Girls Are Set To Reunite At King Charles III’s Coronation
By Sam Ramsden
Helena Bonham Carter Doesn't Think 'The Crown' “Should Carry On"
By Sam Ramsden
Emily Atack’s Net Worth Would Make Charlotte Hinchcliffe Proud
By El Hunt
Get The Very Best Of Bustle/UK
Sign up for Bustle UK's twice-weekly newsletter, featuring the latest must-watch TV, moving personal stories, and expert advice on the hottest viral buys.