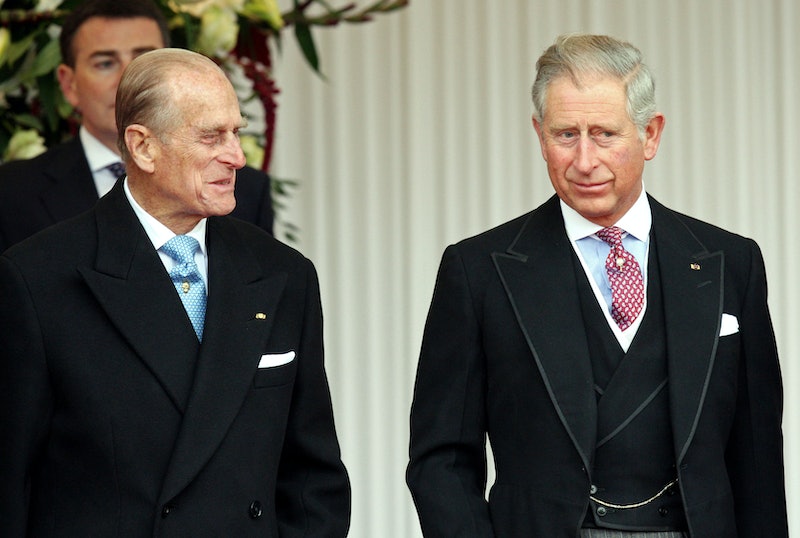 In a pre-recorded Saturday, April 10 video message, Prince Charles paid tribute to his father, Prince Philip, who died at Windsor Castle on Friday morning at the age of 99. The Prince of Wales and heir to the throne began his nearly 90-second speech by noting that the Duke of Edinburgh had “given the most remarkable, devoted service to The Queen, to my family, and to the country, but also to the whole of the Commonwealth” over the past 70 years.

"As you can imagine, my family and I miss my father enormously,” Charles added from outside his Highgrove House country home in Tetbury, Gloucestershire. “He was a much loved and appreciated figure and apart from anything else, I can imagine, he would be so deeply touched by the number of other people here and elsewhere around the world and in the Commonwealth, who also, I think, share our loss and our sorrow.”

The royal continued, “My dear Papa was a very special person who I think above all else would have been amazed by the reaction and the touching things that have been said about him, and from that point of view we are, my family, deeply grateful for all that. It will sustain us in this particular loss and at this particularly sad time.”

Hours earlier, Buckingham Palace announced plans for Prince Philip’s funeral, which will be held at St. George’s Chapel at Windsor Castle on April 17 at 3 p.m. The service, which will be preceded by a ceremonial procession inside the grounds of the castle, is scheduled to begin with a National Minute’s Silence.

“The plans for the funeral are in line with The Duke of Edinburgh’s own personal wishes, and the occasion will recognize and celebrate The Duke’s life and his more than 70 years of service to The Queen, the UK and the Commonwealth,” the official announcement read, noting that this will be a ceremonial royal funeral, the same as for Queen Elizabeth, the Queen Mother, rather than a state funeral.

The funeral will take into account the United Kingdom’s COVID-19 guidelines and will be “much reduced in scale with no public access,” a palace spokesperson said, according to People. “While this is naturally a time of sadness and mourning for the royal family and the many others who knew and admired the Duke of Edinburgh, it is hoped that the coming days will also be seen as an opportunity to celebrate a remarkable life: Remarkable both in terms of his vast contribution and lasting legacy.”

According to the palace representative, Prince Harry will attend his grandfather’s funeral, though doctors did not clear his wife, Meghan Markle, who’s pregnant with their second child, to fly overseas from their new California home. Meanwhile, Prime Minister Boris Johnson’s office said he would not attend in order to “allow for as many family members as possible,” citing the country’s current 30-person limit on funerals, per the Associated Press.

The royal family will surely lay Prince Philip to rest with respect, honor, and, as Prince Charles’ statement shows, love.