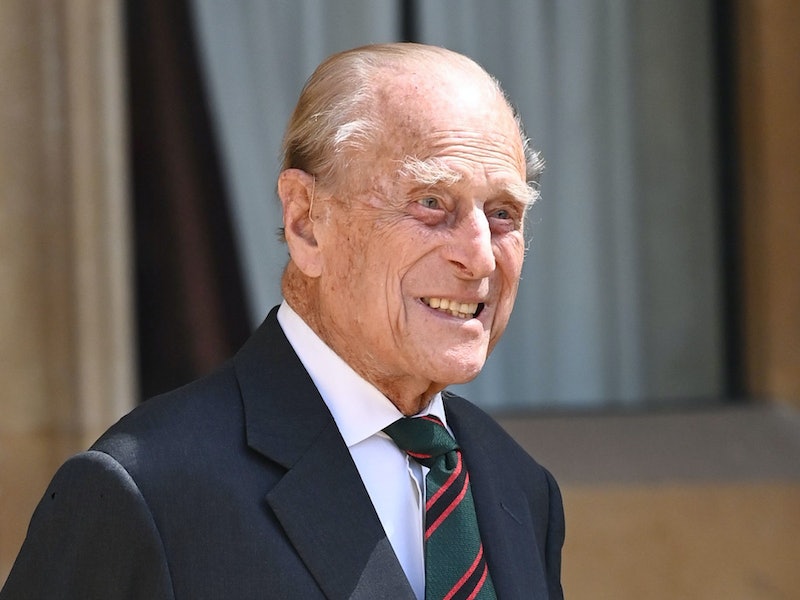 Buckingham Palace announced Friday morning, April 9, that Prince Philip had died at the age of 99. The Palace has expressed “deep sorrow” at the news of Prince Philip’s passing, but reassured the public that he “passed away peacefully.” The Duke of Edinburgh’s death has been met with condolences from public figures across the globe and, behind the scenes, Operation Forth Bridge is underway. But what is Operation Forth Bridge, and what are the plans for the days following Prince Philip’s death?

What Is Operation Forth Bridge?

In the UK, there is protocol in place for what happens when a senior member of the royal family dies. Each respective set of procedures has been given its own code name, and Prince Philip’s is called Operation Forth Bridge. (Each code name makes reference to a bridge in some way, with The Queen’s being London Bridge.)

What Does Operation Forth Bridge Entail?

As part of Operation Forth Bridge, the country has entered a state of national mourning that began with the announcement of his passing and will last until the day of the funeral, April 17. This will be the case in England, Wales, Scotland, and Northern Ireland, as well as British territories abroad.

During this period of mourning, public appearances and social engagements will be canceled for all royals, including the Queen, and no laws will be legislated in this time. This will last for eight days.

After a further 30 days of mourning, the Queen can return to public duties. Her wish is for the Royal Family to observe a two-week period of Royal mourning, beginning April 9.

Through the funeral on April 17, official flags will be lowered to half-mast, except the Royal Standard of the United Kingdom, which represents the sovereign and the United Kingdom and is considered a symbol of the continuation of the monarchy.

In the House of Commons, all MPs are to wear black armbands on their left arm, and those wearing ties must swap to black ones. The ceremonial mace in parliament will be covered in a black cloth.

Local authorities can continue official business but are asked to give “careful thought” to the circumstances.

According to WalesOnline, arrangements will also be set out regarding what to do with books of condolence, making public proclamations, and the arrangement of flowers.

TV and radio broadcasting will also be re-hauled to reflect this period of mourning, with newcasters instructed to wear black.

TV journalist Scott Bryan also tweeted in a thread that it is expected that comedy shows will be suspended, while special programming will replace primetime TV. Programming for BBC music stations will be changed to be reflective and inoffensive.

Traditionally, Prince Philip, as the Queen’s consort, is entitled to a state funeral, an event that’s reserved for senior royals or eminent politicians such as Winston Churchill. The last state funeral given for a royal occurred in 1952, for King George VI.

However, it has been widely reported that The Duke had asked for a fuss-free funeral. The Royal Family announced Saturday, April 10 that Prince Philip will be given a ceremonial Royal funeral rather than a state funeral, according to his “own personal wishes.” It will be held on April 17 at 3 p.m. in St George’s Chapel in Windsor Castle. This chapel was also the official location of Prince Harry and Meghan Markle’s marriage.

The service will be preceded by a procession from State Entrance to St George’s Chapel, led by the Band of the Grenadier Guards. It will also include the Major General’s Party, the Service Chiefs, military pall bearers, and members of the Royal Family and The Duke of Edinburgh’s household. The funeral service itself will begin with a National Minute’s Silence, and it will end with Prince Philip’s interment in the St George’s Chapel’s Royal Vault.

At the moment, due to the coronavirus, funerals are only allowed 30 attendees. Traditionally it would be assumed that attendees at The Duke of Edinburgh’s funeral would include family and friends, Commonwealth Heads of State, world leaders, politicians and military heads — but this will not be the case due to the pandemic. The official announcement states that “The Funeral Service will be attended by Her Majesty The Queen and Members of the Royal Family.”

The Arrangements For The Body

Ahead of the funeral, Prince Philip’s body will rest at in the Private Chapel at Windsor Castle instead of Westminster Hall.

Will The Country Be Given A Public Holiday?

Reports from The Sun and other newspapers suggest that a public holiday will not be held.

Where Can I Find More Updates?

It’s likely that, in the coming days, Buckingham Palace will release more information on the next steps. Announcements will likely be made on The British Monarchy’s website.