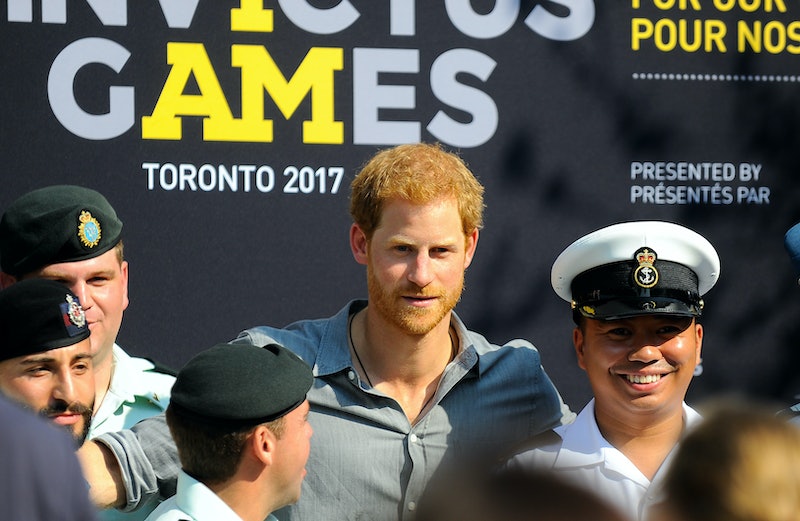 In light of the unfolding events in Afghanistan, Prince Harry has urged those in the military community to “offer support for one another.” The Duke of Sussex released a statement with other patrons of the Invictus Games Foundation after the Taliban overtook Kabul earlier this week.

An estimated 900 British troops have been sent to Kabul’s airport to help aid in evacuation efforts. In a statement posted on Aug. 16, key figures from the Invictus Foundation wrote,

They continued, “We encourage everybody across the Invictus network – and the wider military community – to reach out to each other and offer support for one another.”

A number of charities are working on the ground in Afghanistan, offering people food, resources, and shelter. More information on how to support them can be found here.

Prince Harry has a personal connection to the armed forces, having served in the army for 10 years. He was the first royal in 25 years to serve in a war zone. He set up the Invictus Games Foundation after he left the army in order to celebrate and support injured veterans. The first games were in London in 2014. While it’s been postponed for the last two years due to the pandemic, they’ll be returning in April 2022 in The Hague.