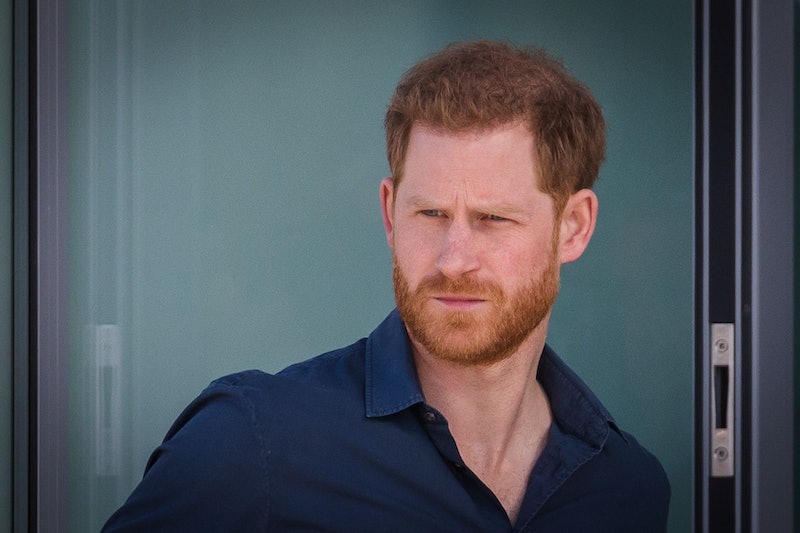 Over the last few months Prince Harry and Meghan Markle have used their platform to speak out in support of the Black Lives Matter movement and against online hate speech. The couple have encouraged people to educate themselves on the lived experiences of others. They also said that they’ve been nervous as they’ve wanted to say the right thing. Speaking out can be difficult and a royal biographer has revealed that Prince Harry is on his own journey and reportedly could be planning on opening up about his racially insensitive past.

In 2005 images were shared of Prince Harry in a Nazi uniform with a swastika armband to a friend's fancy dress party. At the time he apologised in a statement, which read: “I am very sorry if I caused any offence or embarrassment to anyone. It was a poor choice of costume and I apologise.” In light of the momentum behind the Black Lives Matter movement in recent months and the prince's decision to give up his responsibilities as a royal, royal biographer Scobie says Prince Harry may address his previous racially insensitive actions. In an interview with True Royalty TV Scobie said: “He's on a journey at the moment and I do think that at some point we'll hear him really talk about that journey and what he's learnt on that. But I think at the moment ... he's still educating himself. Maybe he feels he's not there yet.”

Scobie co-wrote Finding Freedom which detailed Prince Harry and Meghan’s relationship, from when they first met and started dating to their wedding day and decision to move to the U.S. While he didn’t speak to the couple for the book, it’s based on numerous interviews with people close to them. Prince Harry and Meghan always used their platform to raise the profile of issues they care about and since leaving their royal responsibilities behind have been very vocally supportive of the Black Lives Matter movement.

During the Diana Awards on July 1, he said, “my wife said recently that our generation and the ones before us haven't done enough to right the wrongs of the past. I too am sorry - sorry that we haven't got the world to a place you deserve it to be. Institutional racism has no place in our societies, yet it is still endemic. Unconscious bias must be acknowledged without blame to create a better world for all of you."