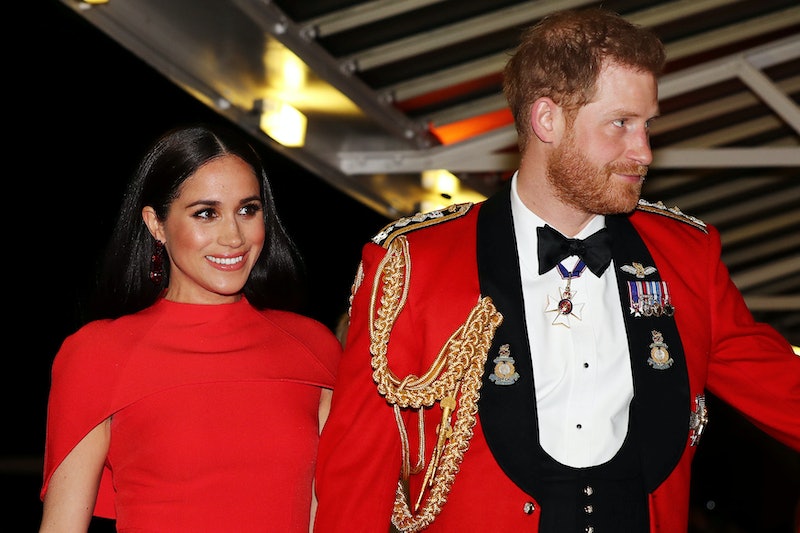 The Duke and Duchess of Sussex officially announced the arrival of the latest royal — their daughter, Lilibet “Lili” Diana Mountbatten-Windsor — on Sunday, June 6. While Prince Harry and Meghan Markle’s family of four is still getting settled, people from all corners of the world and the internet are celebrating, including members of the royal family.

Lili is the couple’s second child, after their 2-year-old son, Archie, and she’s named after her great-grandmother Queen Elizabeth II and her late grandmother Diana, the Princes of Wales. She is also already a delight to the her family. In a statement on the Archewell website, the newborn’s happy parents shared, “On June 4th, we were blessed with the arrival of our daughter, Lili. She is more than we could have ever imagined, and we remain grateful for the love and prayers we’ve felt from across the globe. Thank you for your continued kindness and support during this very special time for our family.”

Following the Sussexes’ announcement, the royal family made sure to share their love, with the queen’s official Twitter account celebrating the arrival of her 11th great-grandchild. Meanwhile, Prince Charles and Camilla Parker Bowles’ account wished Harry, Meghan, and their kids well, and Prince William and Kate Middleton’s sent their congratulations.

Fans, too, celebrated the arrival of Harry and Meghan’s daughter. From emotional reactions to her chosen name, to arguments that the monarchy is “trash,” to hope that Lili’s existence will bring past royal feuds to an end, royal watchers are sharing their mostly positive, often emotional takes on the youngest royal.

Many of the tweets centered on Harry paying homage to his late mother and his beloved grandmother when naming his daughter, with many people saying they approve of his choice.

It’s also safe to say that the name choice got people pretty emotional. From tears to hearts that couldn’t take it, many fans were in their feels over the royal announcement.

Though the overall sentiment on Twitter has been celebratory and positive, some people took time to share their opinions on downsides of royal life while also acknowledging their hope that the arrival of Lilibet Diana will bring people together.

Some simply congratulated big brother Archie and the couple while also acknowledging how powerful little Lili, who is eighth in line to the throne, already is.

As the tweets show, Lili’s already making her mark in a big way.

More like this
Prince Harry Incorrectly Recites Christina Aguilera’s “Genie In A Bottle” Lyrics
By Jake Viswanath
Meghan & Harry Respond To Jeremy Clarkson’s "Apology" Over *That* Column
By Sophie McEvoy
Here’s Why Tyler Perry Helped Prince Harry & Meghan Markle When They Moved
By Marina Watts
Kim Kardashian Buys Princess Diana’s Attallah Cross Necklace For $197,453
By Marina Watts
Get Even More From Bustle — Sign Up For The Newsletter
From hair trends to relationship advice, our daily newsletter has everything you need to sound like a person who’s on TikTok, even if you aren’t.