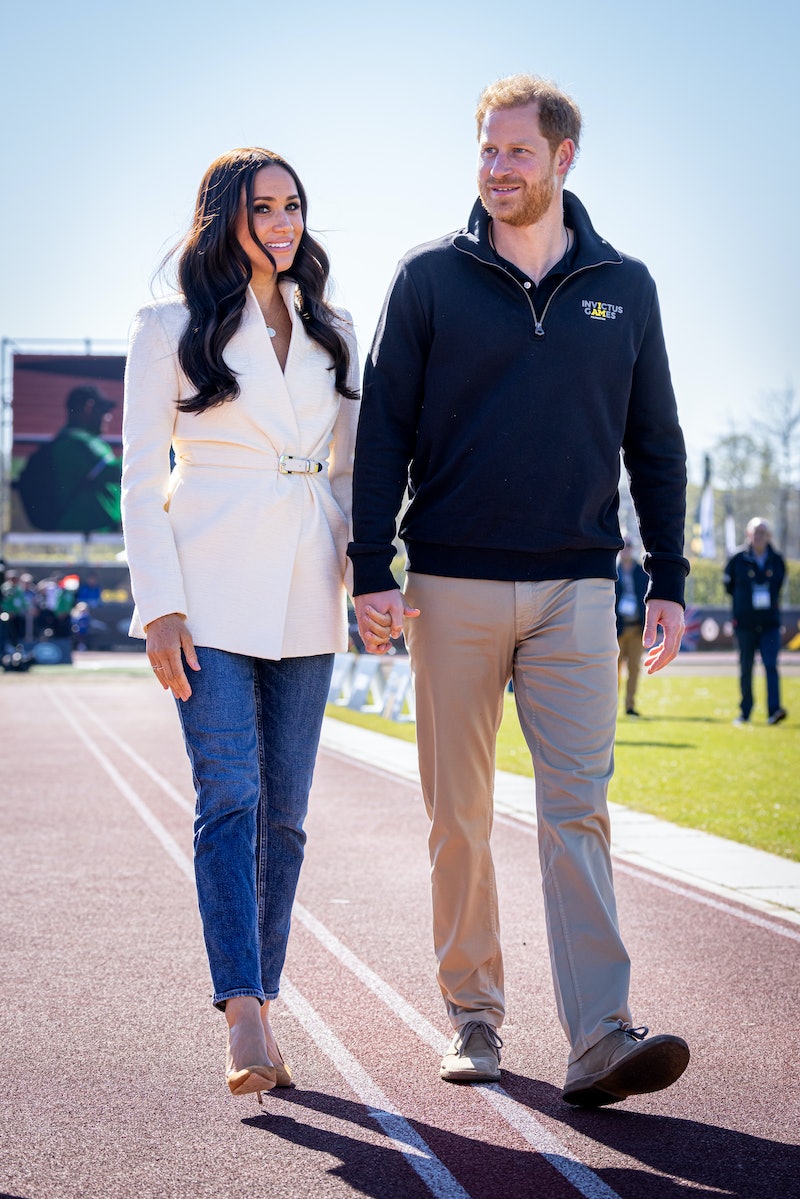 Choosing a career you love can be tricky — but toddlers are pretty good at it. Just ask the nearest 3-year-old in your life what they want to be when they grow up, and you’ll hear all kinds of confident answers pointing to everything from doctor to sports star to fictional superhero, because, well, why not? During a visit to the Invictus Games in the Netherlands on Saturday, April 16, Prince Harry revealed that his son, Archie, is a lot like other kids in this respect.

“When I talk to my son Archie about what he wants to be when he grows up, some days it’s an astronaut, other days it’s a pilot — a helicopter pilot obviously — or Kwazii from Octonauts,” Harry said at the Games’ opening ceremony, per People. “If you’re laughing, then you’ve seen that.” Of course, Harry himself served as an Apache helicopter pilot from 2012 to 2014.

“But what I remind him is that no matter what you want to be when you grow up, it’s your character that matters most, and nothing would make his mum and me prouder than to see him have the character of what we see before us today,” the Duke of Sussex added.

Harry’s wife, Meghan, also took to the stage to kick off the Games and shared inspiring words of her own. “For each team, my husband and I both recognize it’s been a lot to get here, both physically and emotionally, not least of which for the Ukraine team, whom we are all standing with,” the duchess said.

Founded by Prince Harry in 2014, the Invictus Games welcome wounded service members and veterans from around the world to compete in athletic events together. As Harry told the crowd, “To be role models, or the role models that each of you are, takes strength and it takes courage.” More than 500 athletes from 20 countries will compete in this year’s event, which is returning for the first time since public health restrictions led to its postponement in 2020 and again in 2021.

Attending the Invictus Games together is somewhat of a tradition for the Sussexes. Their first official appearance together happened back when they were still dating, at the 2017 Games — and five years later, the 2022 event marks their first Invictus outing as parents and non-working members of the royal family.