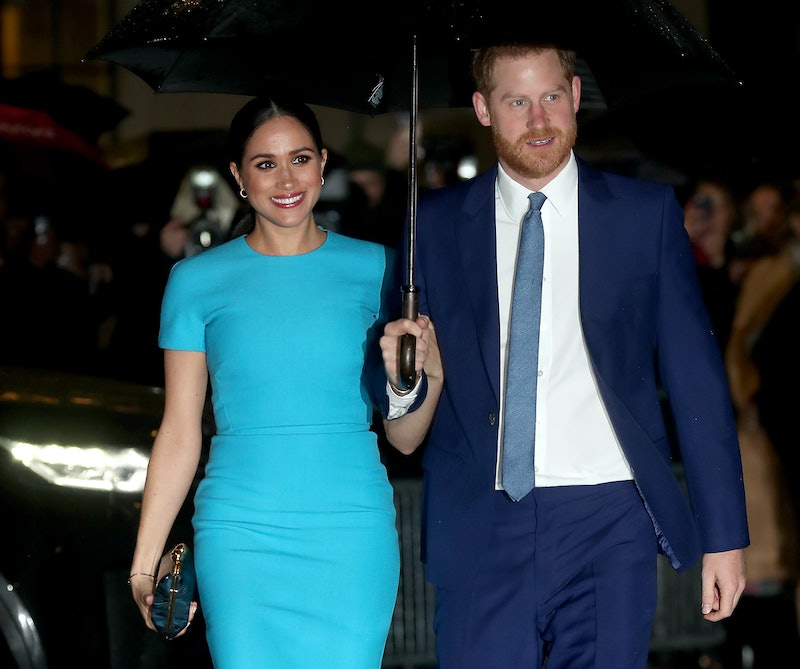 After seeing firsthand the digital "crisis of truth," the Sussexes remain determined to promote social media reform. During a recent interview with FastCompany, Prince Harry discussed how the online harassment he and wife Meghan Markle faced was fueled by "false narratives." He also pointed to problems around the world that social media has magnified and emphasized that the need for solutions is "greater than ever before."

But while both Harry and Meghan were affected by the fake stories that have circulated online, being vocal about the experience has allowed them to connect with other people who have experienced similar harassment. "We’ve thought a lot about those in much more vulnerable positions than us, and how much of a need there is for real empathy and support," he told FastCompany. "To their own degree, everyone has been deeply affected by the current consequences of the digital space."

Describing the spread of online misinformation as a "humanitarian" issue, Harry brought up different negative outcomes, from individuals becoming radicalized to the denial of the climate crisis and science. Harry — who moved to California with Meghan and Archie, their 1-year-old son, in March — also pointed to the violent storming of the U.S. Capitol on Jan. 6 as another result of rampant misinformation. "We are all vulnerable to it," he said.

"The magnitude of this cannot be overstated, as noted even by the defectors who helped build these platforms," Harry added. "It takes courage to stand up, cite where things have gone wrong, and offer proposals and solutions. The need for that is greater than ever before."

Harry's thoughts on the subject are not too surprising, as he and Meghan stepped away from social media in March 2020. While a source told The Times in early January that they have "no plans" to use any accounts for personal or public purposes, Harry did say that they "will revisit social media when it feels right for us." What they want to see first, though, is "more meaningful commitments to change or reform."

"I've made a personal choice to not have any account, so I don't know what's out there, and many ways that's helpful for me," Meghan told Fortune in October about her decision to leave social media behind. "I have a lot of concerns for people that have become obsessed with it."

That same month, she opened up about the amount of online harassment that she faced after marrying into the royal family during an appearance on the Teenage Therapy podcast. "I'm told that in 2019 I was the most trolled person in the entire world, male or female," Meghan said of the "almost unsurvivable" influx of hate. "I don't care if you're 15 or you're 25, if people are saying things about you that aren't true, what that does to your mental and emotional health is so damaging."

For now, the Duke and Duchess of Sussex are working with experts, advocates, policymakers, and others who have been impacted by social media, as Harry told FastCompany. "What we hope to do is continue to be a spotlight for their perspectives, and focus on harnessing their experience and energy to accelerate the pace of change in the digital world," he said.

More like this
Prince Harry & Meghan Markle Are Puppets Now
By Sam Ramsden
Gillian Anderson's New Netflix Drama Is *Nothing* Like 'Sex Education'
By Frances Stewart
Lizzo & Myke Wright's Relationship Hit A New Level With Their "Hard Launch"
By Stephanie Topacio Long
Twitter Is Having A Meltdown Over Buying Beyoncé Renaissance Tour Tickets
By Jake Viswanath
Get Even More From Bustle — Sign Up For The Newsletter
From hair trends to relationship advice, our daily newsletter has everything you need to sound like a person who’s on TikTok, even if you aren’t.