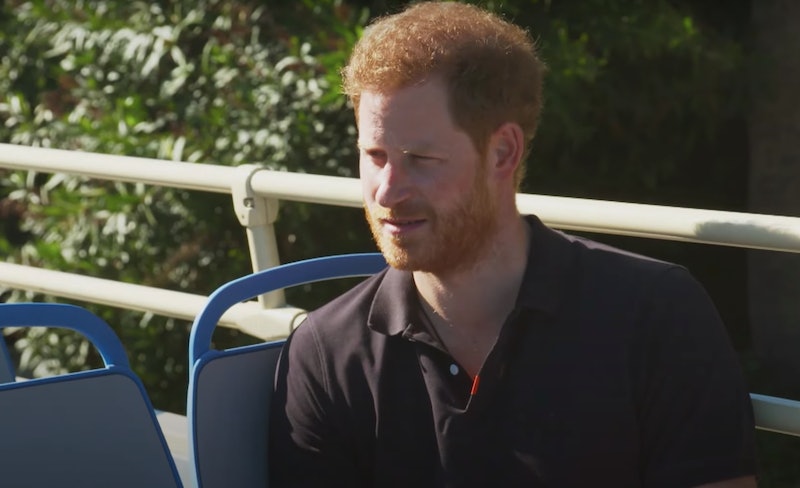 It's not often that we get to see members of the royal family make candid appearances; sure, there’s the occasional comedic moment for charity, but snippets of information about the family's real life is like gold dust. In a rare interview with James Corden, the Duke of Sussex has bared all to his friend and fellow Brit, with Prince Harry revealing that one reason he withdrew from Royal duties was because of the "toxic" press cycle.

As part of a segment for James Corden's The Late Late Show, the prince spoke candidly, explaining that he had to leave his Royal duties behind due to the effect of the British press on his mental health. The royal explained it was a "really difficult environment, as I think a lot of people saw."

He continued: "We all know what the British press can be like … and it was destroying my mental health. I was like ‘this is toxic.’ So I did what any husband and father would do – [I said] 'I need to get my family out of here.'"

The Duke also insisted that withdrawing from Royal duties was never about “walking away” from the royal family, insisting “it was stepping back rather than stepping down.”

“We never walked away – and as far as I'm concerned, what decisions are made on that side, I will never walk away,” Harry told Corden. “I will always be contributing – my life is public service – so wherever I am in the world it is going to be the same thing.”

The pair toured Los Angeles on an open air bus with traditional afternoon tea, in a segment akin to Corden’s usual Carpool Karaoke in which he speaks to celebrities in interviews during a car journey. Crossing the Californian 405 Interstate, Prince Harry jokes, “James you’ve got Carpool Karaoke, maybe I could do ‘English Tea On The 405.’”

The Prince also opened up about his wife Meghan Markle and their life in Santa Barbara with their young son Archie, who is now nearly 18 months old. Telling Corden how he knew she was “the one” on the second date, Harry revealed: “It wasn't so much where we went but the fact we hit it off with each other, and we were just so comfortable in each other's company.”

He went on: “Dating me or any member of the Royal Family is kind of flipped upside down. All the dates become dinners or watching the TV or chatting at home.”

The couple – who are expecting their second child – were able to spend an “enormous time” getting to know each other at the beginning, which was an “amazing thing.” The prince added that he and Meghan “went from zero to 60 in the first two months.”