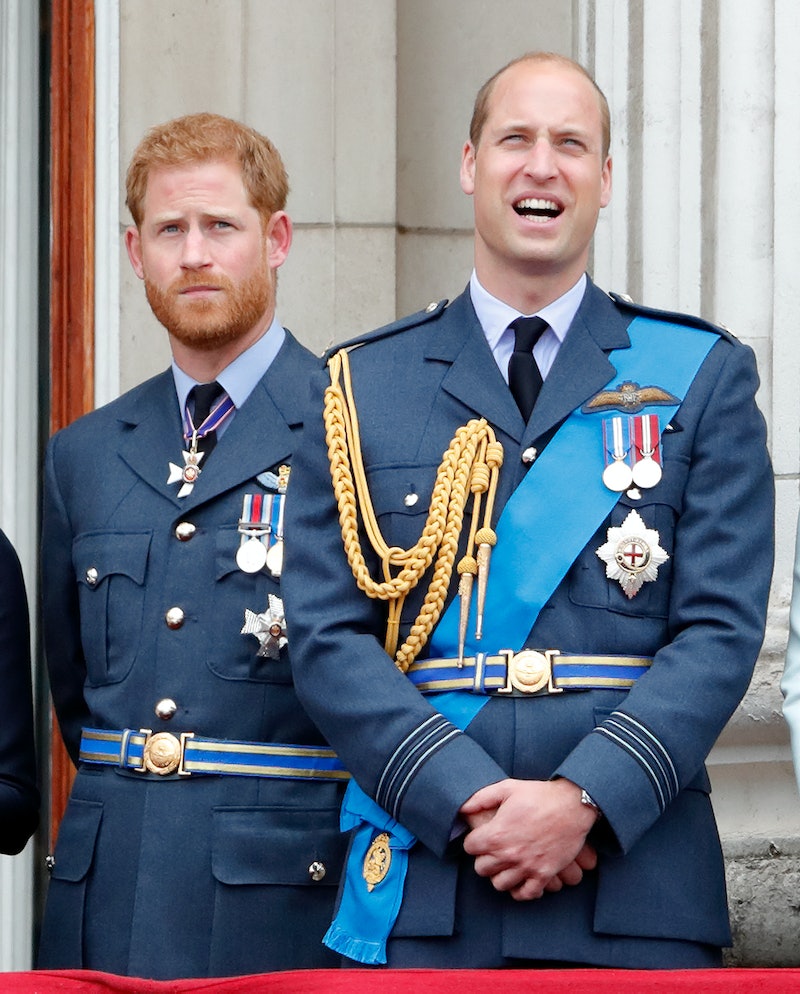 Prince Philip’s funeral service will be an intimate family affair, but the Royal Family’s most famous siblings will be kept apart. Prince Harry and William will not walk together at Philip’s funeral procession, as confirmed by PEOPLE. On Thursday, April 15, Buckingham Palace released plans for the Prince’s funeral on April 17, including the procession order.

Both Princes are expected to join their family members and participate in the procession— just not side by side. Instead, their cousin Peter Phillips will walk between them. When marching into the chapel, William will walk with Peter, while Harry will walk alongside David Armstrong-Jones, the son of Princess Margaret and Antony Armstrong-Jones. Once inside for the service, the brothers will also not sit together, according to Just Jared. In addition, all attendees will be spaced out six feet apart and required to wear masks due to COVID-19 protocols.

However, this apparently has nothing to do with where Harry and William stand today. A Buckingham Palace spokesperson told PEOPLE that the walking order was “a practical change” and did not reflect the relationship between the two brothers. “This is a funeral and we are not going to be drawn into perceptions of drama,” they said. “The arrangements have been agreed and represent Her Majesty's wishes.”

The procession news comes amid known tension between the two brothers. In Harry and wife Meghan Markle’s bombshell interview with Oprah Winfrey, Harry said that William was trapped within the Royal Family system. “It’s really hard because I'm part of the system with them, I've always have been, but I guess I'm very aware of this that my brother can't leave the system but I have,” he said. When speaking on their current relationship, Harry said they were giving each other space, but that he loved his brother dearly.

In March, Winfrey and Markle’s friend, CBS This Morning host Gayle King, reported that Harry had spoken to William after the interview, but said the conversations were not “productive.” However, according to ABC News, the brothers reportedly spoke by phone again after Harry arrived in the UK in light of their grandfather’s death. Perhaps this trying time will bring them closer once again, no matter if they walk together or not.

More like this
Tyler Perry Makes Rare Comment About Meghan Markle & Prince Harry's Love Life
By Radhika Menon
10 Photos Of William, Harry, & Their Cousins Honoring The Queen Together
By Stephanie Topacio Long
8 Photos Of Prince George & Princess Charlotte At Queen Elizabeth II's Funeral
By Jake Viswanath
Prince George & Sophie Wessex Shared A Tender Moment At The Queen’s Funeral
By Jake Viswanath
Get Even More From Bustle — Sign Up For The Newsletter