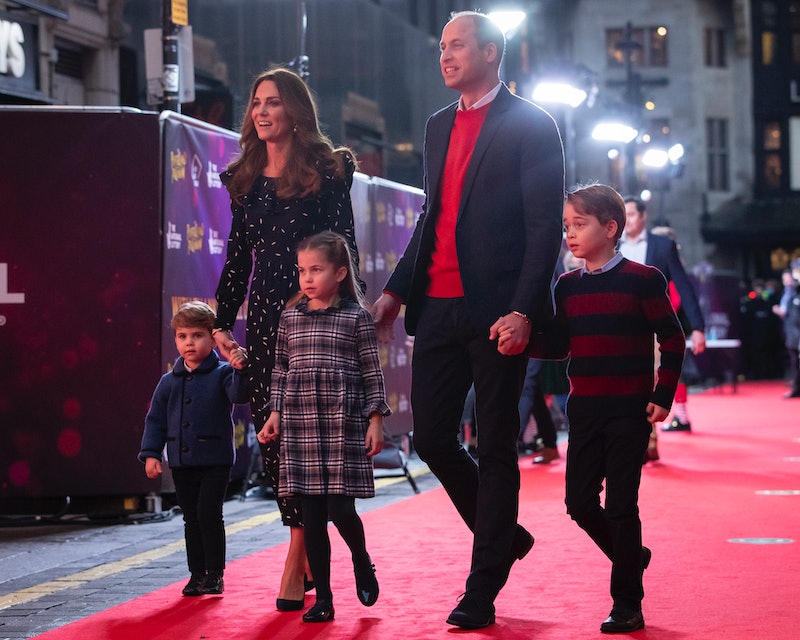 Prince William and Kate Middleton have come a long way since their grandiose royal wedding at London’s Westminster Abbey in 2011. The future monarchs celebrated their 10th anniversary on Thursday, April 29, with a special video featuring new footage of their children Prince George, Princess Charlotte, and Prince Louis, who is a rare sighting. Clearly, the kids steal the show.

In the new clip, shot by videographer Will Warr and posted to the Kensington Royal Instagram, the couple is seen frolicking on the beach and running in the fields with two of their young children, 7-year-old George, and Charlotte, who will turn 6 on May 2. Toward the end, they all sit by a campfire and roast marshmallows together, joined by 3-year-old Louis. “Thank you to everyone for the kind messages on our wedding anniversary,” the couple said in the video’s caption. “We are enormously grateful for the 10 years of support we have received in our lives as a family.”

Leading up to their milestone anniversary, William and Kate unveiled two new official royal portraits taken at their residence at Kensington Palace. In one shot, the couple holds hands as William gazes at his wife, while in the second shot, Kate sweetly leans her head against her husband’s shoulder.

Of course, William and Kate’s children aren’t the only relatives joining in on the celebrations. Queen Elizabeth also sent her well wishes to the couple by sharing the new portraits and throwback pictures from their wedding day on the royal family’s Instagram and Twitter accounts. “Wishing The Duke and Duchess of Cambridge a very happy wedding anniversary," the post was captioned. “Today marks ten years since Their Royal Highnesses exchanged vows at Westminster Abbey.”

According to PEOPLE, the official account for Prince Charles and Camilla, Duchess of Cornwall, Clarence House, also wished them a happy anniversary on their Instagram Story. William’s brother and sister-in-law, Prince Harry and Meghan Markle, have not wished them a happy anniversary online, but this shouldn’t come as a surprise given how they are currently not using social media, with their Sussex Royal Instagram account remaining inactive since March 2020, when Harry and Meghan left their posts as senior working members of the royal family. However, ET Canada confirmed that they did reach out to William and Kate privately to send their congratulations on the milestone.