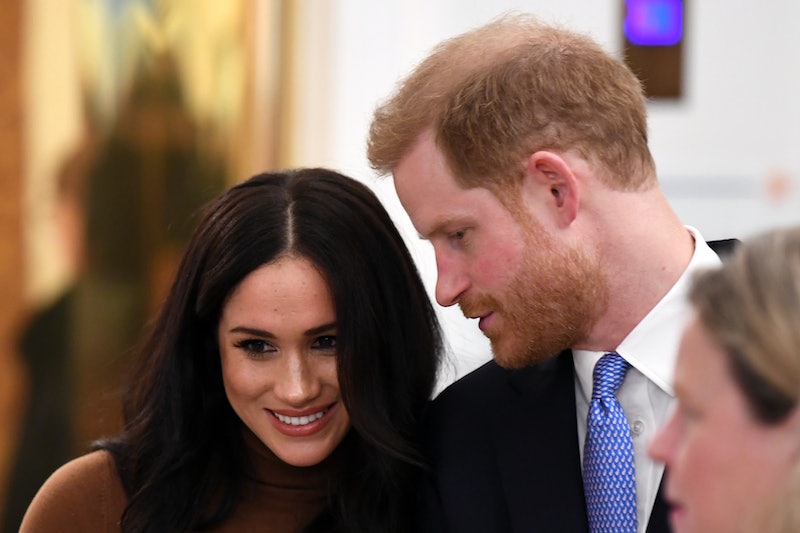 Times are changing, and the Royal Family is changing too. In a shocking statement on Wednesday Jan. 8, Prince Harry, Duke of Sussex, and Meghan, Duchess of Sussex, announced that they are stepping back from royal duties. The news comes after weeks of rumors that Harry and Meghan would be moving to Canada with their young son, Archie Harrison Mountbatten-Windsor, and while the statement did not confirm such a move, it did announce that the royal couple would be splitting time "between the United Kingdom and North America."

Harry and Meghan announced the step on their official @sussexroyal Instagram, alongside a photo of the couple. "After many months of reflection and internal discussions, we have chosen to make a transition this year in starting to carve out a progressive new role within the institution," the statement began. "We intend to step back as 'senior' members of the Royal Family." It's unclear, exactly, what such a drastic "step back" means for the couple, but the lengthy statement outlined the couple's immediate goals, which include working "to become financially independent" and, as previously stated, spending more time in North America.

This does not mean that Harry and Meghan are renouncing the Royal Family or their roles in it completely. The couple made clear that they plan to "continue to honour our duty to The Queen, the Commonwealth, and our patronages," and noted that they will "continue to collaborate with Her Majesty The Queen, The Prince of Wales, The Duke of Cambridge and all relevant parties." In the place of their former royal duties, Meghan and Harry announced that they would be starting a "new charitable entity," though they refrained from releasing any more details.

This news marks a drastic change in the Royal Family, but, while shocking, it's not all that surprising. Harry and Meghan have steadily been stepping back from royal duties, including splitting official duties with Harry's brother, Prince William, Duke of Cambridge, and the complete separation of the two households, culminating in their decision to spend Christmas in Canada, instead of with the Queen.

Most notably, however, this move also comes after years of media scrutiny so intense — and sometimes, so hateful — that Harry and Meghan took the unusual step of suing The Mail on Sunday, a British tabloid, and its parent company Associated Newspapers. The case is still ongoing, and while Harry and Meghan did not mention press treatment in their formal statement, it's hard to imagine that it didn't factor into their decision to move away from the UK, at least part time.

As for how things will be going forward, it's anybody's guess. Much like most of Harry and Meghan's relationship, this is new territory for the Royal Family.