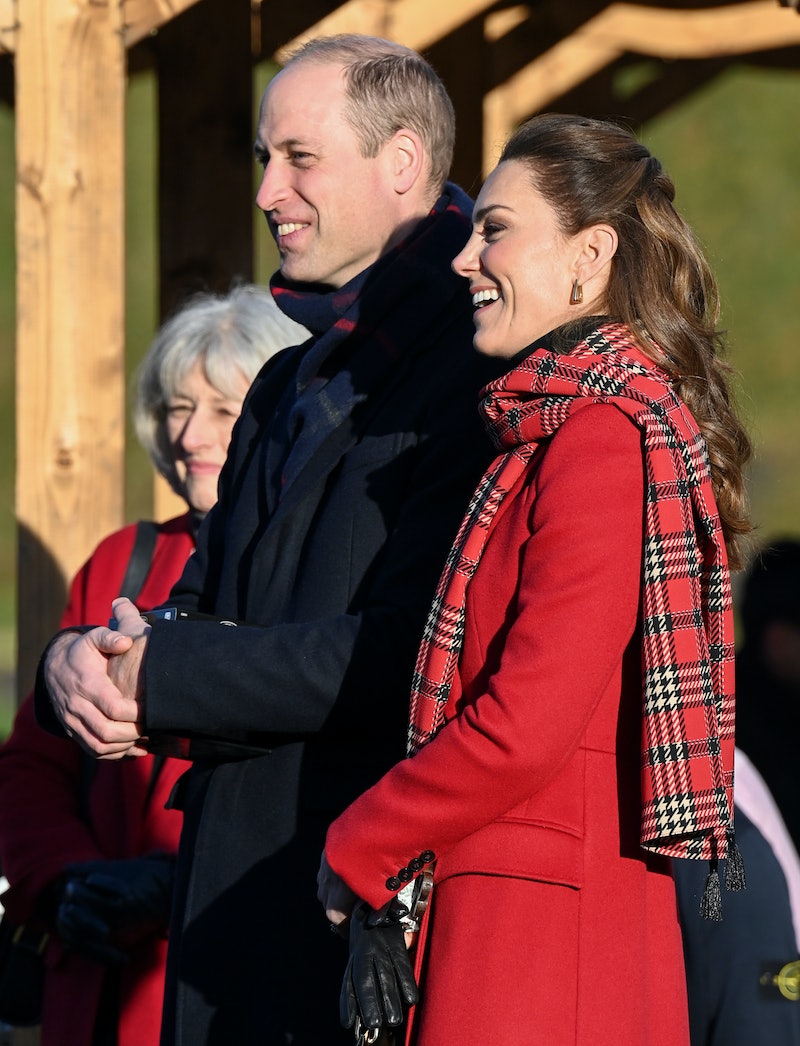 The Duke and Duchess of Cambridge have released their Christmas card for 2020, and it features the whole family looking cute as a button. The lovely card is fronted by a warm family photo with Kate and William holding their three children, Prince George, Princess Charlotte, and Prince Louis.

But it is the youngest of the Cambridge brood who has taken centre stage more than anyone else in the photo. The cute tot, who is just two years old, is seen between his father William's legs, with his mother Kate's arm holding him firmly. His expression is one of pure joy, chuckling at whatever he can see behind the camera. Princess Charlotte and Prince George look a little more composed, and more grown up than ever.

The whole family is kitted out in gorgeous Autumnal jumpers in rich blues, greens, and reds. The photo has a distinct winter vibe, which is in contrast to the Cambridge's card last year, which felt far more summery. It featured the five of them posing on a vintage motorbike and side car in warm weather.

The photograph on 2020's card was indeed taken in the Autumn, at the family’s Norfolk home, Anmer Hall, by Matt Porteous.

The simple inside message reads: "Wishing you a very Happy Christmas and New Year.”

Much like last year, the design of this year's card was leaked last week on social media by a recipient, but Dec. 17 marked the first day it was made public.