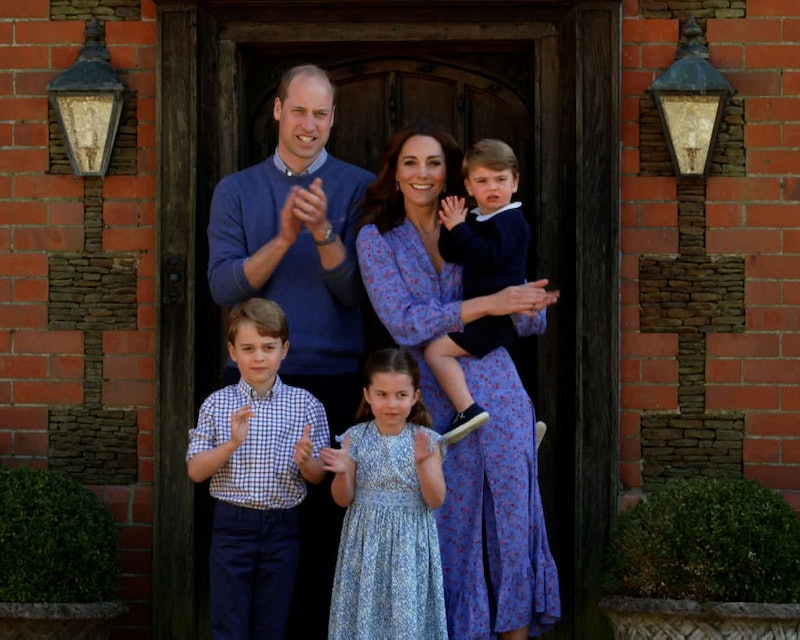 Letter writing has become somewhat of a lost art thanks to internet connectivity, but the Royal family is still utilising this form of interaction with fans. The Queen still sends out cards to those celebrating their 100th birthday, and now the Duke and Duchess of Cambridge are continuing the tradition, thanking fans for their well-wishes. Following his second birthday in April, Kate and William sent thank you cards featuring an unseen picture of Prince Louis to fans across the world.

Shared on Instagram by Royal fan account @katsroyalletters, the card features a smiley portrait of Louis and a lovely message from the couple expressing their gratitude. "The Duke and Duchess of Cambridge appreciated your kind thought in writing to Prince Louis as you did on the occasion of his second birthday," the message reads. "This was greatly appreciated by Their Royal Highnesses who send you their best wishes." The fan also shared a card sent following Princess Charlotte's birthday, which contained a similar message of thanks.

The newly released photo is part of a series posted by @kensingtonroyal celebrating Louis' birthday in April, where he can be seen cheekily holding his rainbow-painted hands up to the camera. "Thank you for all your lovely messages on Prince Louis' second birthday!" the post reads. "The Duke and Duchess of Cambridge are very pleased to share new photographs of Prince Louis, taken by The Duchess in April."

The Royals have been celebrating a lot of birthdays recently, and new photos were released last week as Prince George turned seven. "Sharing a 📸 taken by The Duchess ahead of Prince George's seventh birthday tomorrow! 🎈" @kensingtonroyal wrote. Another photo was posted the following day, thanking fans for all their well wishes.

Kate and Will have also wished Meghan Markle a happy birthday today, August 4, posting a photo of Meghan smiling at a young girl holding a cupcake. "Wishing a very happy birthday to the Duchess of Sussex today! 🎂🎈" the caption reads. Celebrations all round.