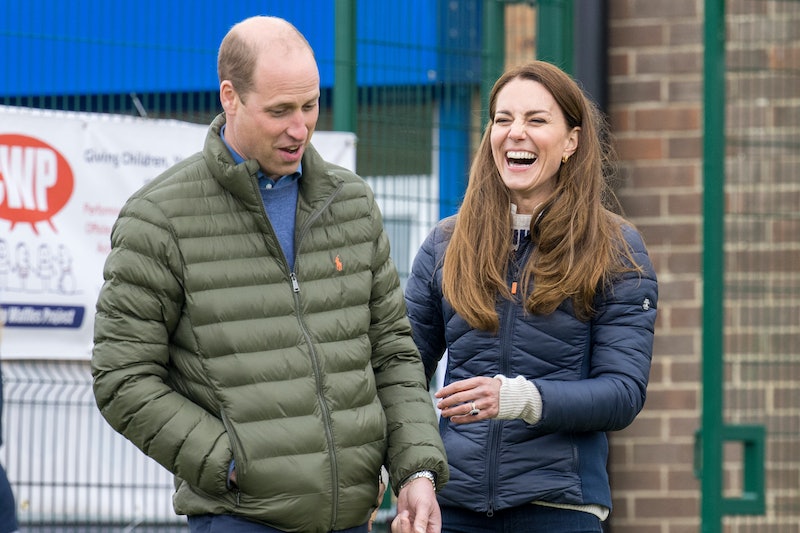 The Duke and Duchess of Cambridge are returning to the site of their royal meet-cute. Prince William included a nod to Kate Middleton in his speech at the General Assembly of the Church of Scotland on Saturday, May 22, describing the “great joy” of meeting his wife in the country. The prince, who became friends with Kate at the University of St. Andrews in Fife, reminded the audience of their story and counted it among the reasons he feels a special connection to Scotland.

“It was here in Scotland, 20 years ago this year, that I first met Catherine,” he told the audience. “Needless to say, the town where you meet your future wife holds a very special place in your heart.”

Kate, who was William’s friend and housemate while they studied at the university, went on to wed the prince in April 2011, and she, too, will be returning. The duchess will join the Scotland trip on Monday. While it’s not clear if the couple’s kids will tag along, Prince William noted that the whole family has developed a connection to the country. “George, Charlotte, and Louis already know how dear Scotland is to both of us, and they are starting to build their own happy memories here, too,” the Duke of Cambridge said. He added that the couple has no doubts their children will “will grow up sharing our love and connection to Scotland,” from “the Highlands to the Central Belt, from the Islands to the Borders.”

William and Kate’s university days are among the couple’s fond memories of Scotland, but the Duke of Cambridge did also note that some of his saddest memories occurred there as well. He was at Balmoral Castle in Scotland when he found out his mother, Princess Diana, died in 1997. The duke shared that he was able to take solace in the religious services and the country’s nature amid his grief.

“Still in shock, I found sanctuary in the service at Crathie Kirk that very morning,” he said. “And in the dark days of grief that followed, I found comfort and solace in the Scottish outdoors. As a result, the connection I feel to Scotland will forever run deep.”

On May 21, the royal family revealed Prince William’s visit to Scotland on Instagram, explaining that each year Queen Elizabeth II appoints a Lord High Commissioner to maintain the relationship between the family and the Church of Scotland. This year, the queen selected William to serve in the role, and the appointment seems to be a fitting choice given his emotional attachment to both the country and its church.

More like this
William & Kate Shared How Their Kids Are Doing As They Mourn The Queen
By Stephanie Topacio Long
10 Photos Of William, Harry, & Their Cousins Honoring The Queen Together
By Stephanie Topacio Long
8 Photos Of Prince George & Princess Charlotte At Queen Elizabeth II's Funeral
By Jake Viswanath
Prince George & Sophie Wessex Shared A Tender Moment At The Queen’s Funeral
By Jake Viswanath
Get Even More From Bustle — Sign Up For The Newsletter