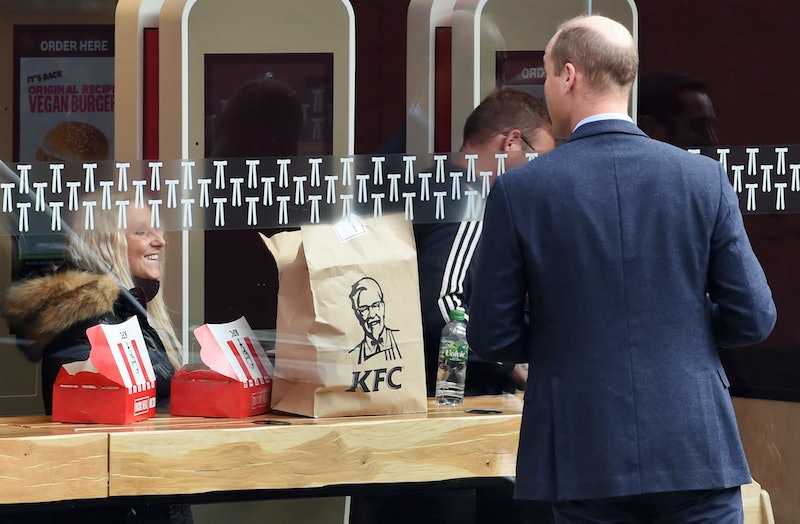 The Duke of Cambridge may be accustomed to the world's finest cuisine, but that doesn't mean the royal isn't partial to the occasional Kentucky fried treat. This certainly appeared to be the case during a recent outing in London, during which Prince William was spotted eyeing up a KFC.

As the Independent reports, William and Kate Middleton stepped out on Tuesday, Oct. 20, to meet participants of the Duchess' Hold Still photography project, which launched earlier this year to document the coronavirus pandemic. However, on route to his latest royal engagement, William was distracted by a whiff of finger lickin' goodness, and was spotted peering into the window of KFC's Waterloo Station restaurant.

The fast food joint were quick to learn of their royal admirer, and couldn't help but mark the occasion on social media. Alongside a photo of William outside the restaurant, KFC tweeted the caption: “William whispered quietly to himself; 'Oh, I just can’t wait to be wing’” — presumably referencing the hit Lion King track “I Just Can’t Wait To Be King.”

In a follow up tweet, the fast food chain then went onto coin William's newest royal title. It read: “I'm sad I didn’t call him His Royal Thighness in the main tweet tbh.”