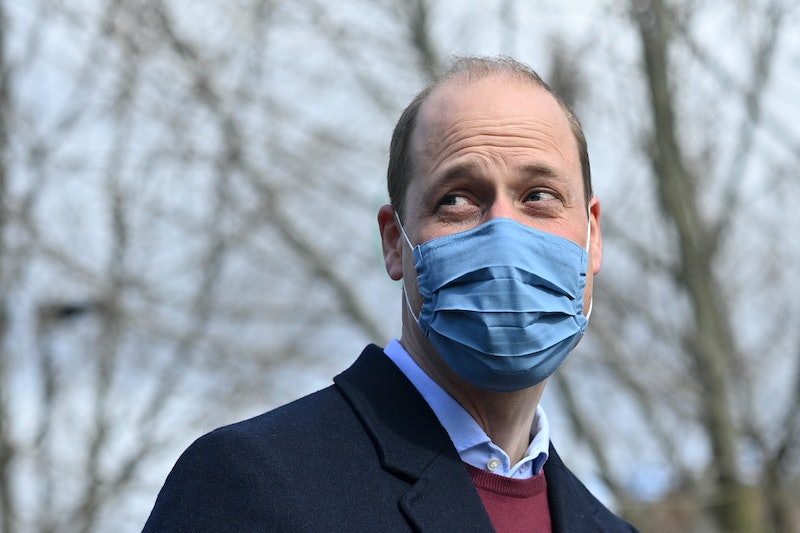 “Of course he has arms!” I hear you cry. Yes, yes, obviously he has arms. But I was today years old when I found out the Duke of Cambridge has arms. I’m talking guns, swans, biceps, whatever you want to call them.

Prince William shared a snap of him receiving the COVID-19 vaccine on the Cambridge’s social media channels, and royal fans have been left completely distracted by his toned physique. In the picture, the 38-year old royal – who is left-handed – is sitting with his jumper sleeve rolled up to his shoulder on his right side as a nurse gives him his first dose of the jab and in doing so, reveals his surprisingly muscly biceps.

“On Tuesday I received my first dose of the COVID-19 vaccine,” William explained in the caption. “To all those working on the vaccine rollout – thank you for everything you’ve done and continue to do.”

I was as surprised as you to be left thinking: “is he flexing?” But if you’ve had any form of vaccine before, you’ll know that the muscles in your upper arm need to be relaxed in order to get the vaccine properly into the muscle. So no, Prince William cannot be flexing, and yes, that is how lean he is, on his less-dominant side, relaxed. I can’t wait for the memes.

Now, I know they’re not The Rock level of swole, but I’m not the only one who has picked up on Prince William’s lean flex as he got his first dose of the COVID jab this morning. As Holly Willoughby rightly pointed out on This Morning, giggling as she read through the comments under the Duke and Duchess of Cambridge’s Instagram post, “it wasn’t, ‘congratulations on your vaccine’, it was ‘oh Prince William works out, looking pretty buff Wills, sun’s out guns out, hubba hubba, no wonder the Duchess of Cambridge always looks so happy.’"

Under the Duke and Duchess of Cambridge’s Instagram post, one user commented “Ladies, focus please...”, while others were definitely focussing on something. “Those biceps though,” one fan wrote, whilst another commented: “wasn’t expecting a gun show this early but happy I got an invite.”

On the other hand, some Twitter users have been less-than-impressed with the Duke’s new-found fanclub. “Talks about Prince William being hench after this photo has just confirmed that we've all been locked up for too long,” wrote one user. Which, fair. Whatever your opinion on the Duke’s...ahem, Dukes, you’ve got to give him the kudos for maintaining his fitness as a father of three during lockdown.