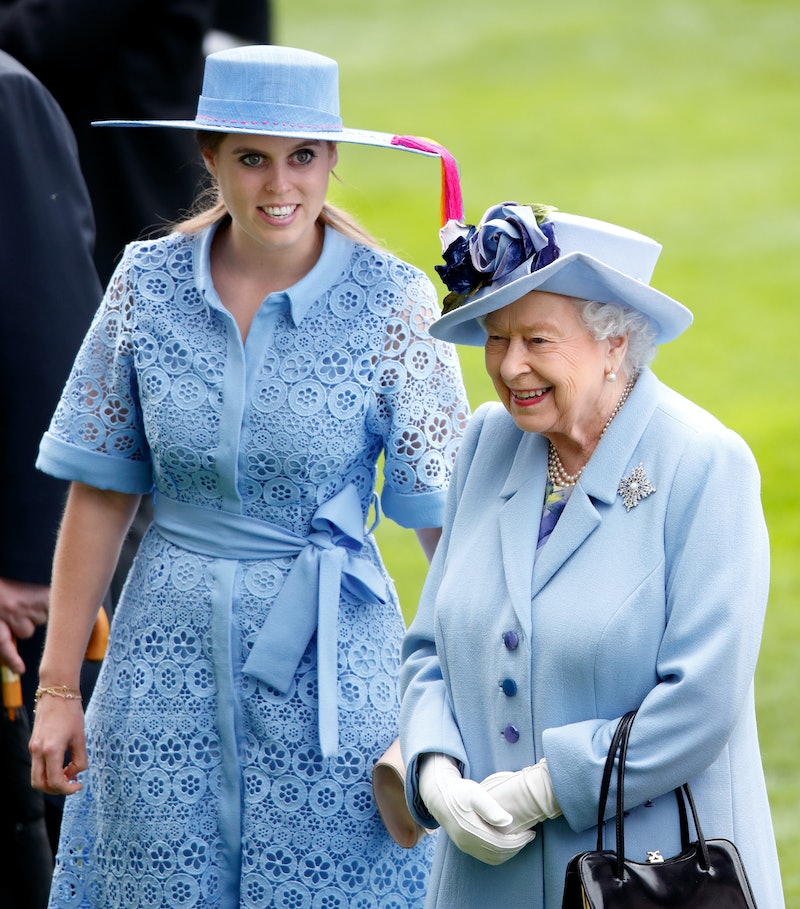 In a meaningful tribute to her grandmother, Princess Beatrice borrowed her wedding gown from Queen Elizabeth, and was even loaned a matching tiara for the special day. On Friday, Beatrice wed Edoardo Mapelli Mozzi, a real estate developer, in an intimate ceremony at All Saints Chapel in Windsor Park, with 20 close friends and family as guests, as per People. Beatrice wore a floor-length taffeta ivory gown and the diamond tiara borrowed from the Queen, who was in attendance.

The ceremony, which was originally scheduled for May 29, had been postponed due to the coronavirus pandemic. Only a limited number of guests, including Beatrice's parents Prince Andrew and Sarah Ferguson, were in attendance. Mapelli Mozzi's son Wolfie, who was born in 2016 and to whom Beatrice is now stepmother, served as the best man and page boy, as per People. A royal communications press release confirmed that the ceremony adhered to government guidelines, noting that, "no hymns were sung, but a selection of music was played." Additionally, the U.K. National Anthem, "God Save the Queen" was played but not sung.

The royal family's post on Instagram also noted that the tiara was worn by Queen Elizabeth on her own wedding day in 1947, and additionally, the Queen's daughter Princess Anne wore the tiara for her wedding in 1973. Queen Elizabeth's tiara was originally made in 1919 from a diamond necklace given by Queen Victoria, according to CNN. An anonymous source confirmed that the Queen saved the tiara for Beatrice, saying it was, "always reserved for her as they are exceptionally close," as per People.

On Saturday, Buckingham Palace issued a statement about the wedding, writing that the couple, "decided to hold a small private ceremony with their parents and siblings." The statement added that the service, "was in keeping with the unique circumstances while enabling them to celebrate their wedding with their closest family." The ceremony may not have been on par with the fanfare of previous royal weddings, but it's clear the family made the event as special as possible given the circumstances of the pandemic, including lending the princess such a meaningful gown and tiara.