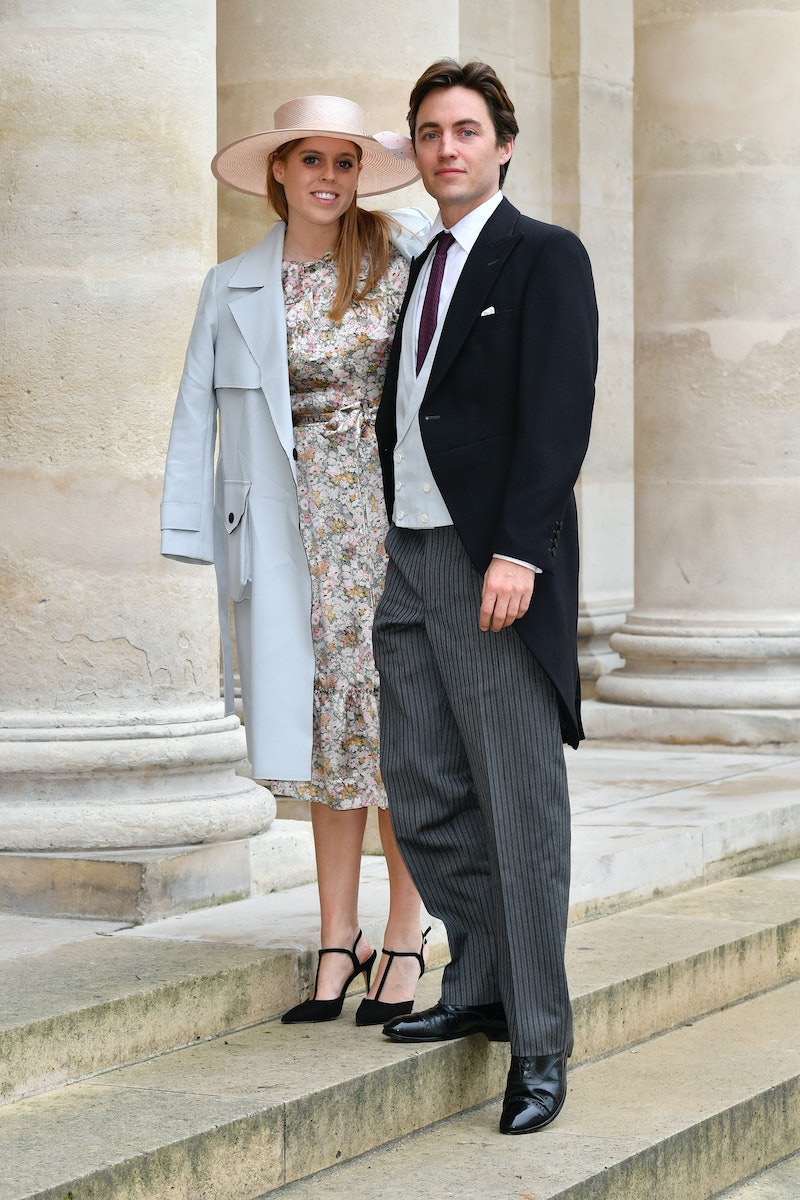 Royal weddings are renowned for their pomp and ceremony, but in the times of coronavirus, even they have had to adapt. Following postponements due to pandemic, Princess Beatrice and Edoardo Mapelli Mozzi finally tied the knot. The pair exchanged vows at a private ceremony in Windsor in front of close friends and family, including the Queen and Prince Philip, the Palace confirmed.

"The private wedding ceremony of Princess Beatrice and Mr Edoardo Mapelli Mozzi took place at 11am on Friday 17th July at The Royal Chapel of All Saints at Royal Lodge, Windsor," read a statement released by the palace. "The small ceremony was attended by The Queen, The Duke of Edinburgh and close family."

It was also stated that the ceremony "took place in accordance with relevant Government guidelines", ie. social distancing.

Like her younger sister, Princess Eugenie, Beatrice also married in Windsor. Instead of a ceremony at St George's Chapel though, she chose the more private Royal Chapel of All Saints. The Grade II-listed church is located close to Royal Lodge Windsor, the Princess' childhood home. It is also where Prince Andrew, Sarah Ferguson, Princess Eugenie, and Jack Brooksbank, have all been isolating during lockdown, according to Hello!.

It is unclear which other members of the royal family attended, including the bride's father, Prince Andrew. The Duke of York's friendship with Jeffrey Epstein has caused huge controversy for the royal family. He stepped away from his royal duties in November 2019, and most recently, had his website removed and redirected to the official royal family site instead.

Another important detail the royals have yet to share is the designer behind Princess Beatrice's wedding dress. London-based fashion favourite Erdem, royal go-to Jenny Packham and couture house Ralph & Russo were all rumoured to be contenders, though the brief will no doubt have changed with their plans.

Though no pictures have been shared as of yet, The Queen and Prince Philip were photographed taking the drive up from Windsor Castle to the chapel. Her Majesty had a busy morning, too. In an unprecedented investiture, she knighted war hero Captain Tom Moore, who raised £33 million for the NHS.

It is said Princess Beatrice and her groom chose to marry at this time to ensure the Queen could attend before she goes to Balmoral for her summer holidays later this month. "They were obviously very keen for the Queen to come so the wedding had to happen before she goes up to Balmoral so this was a great opportunity," a source told The Sun.

"So many guests were disappointed not to make the big day but understood the reason for it.They needed to make the wedding COVID-secure and safe for the Queen so what better way than the All Saints Chapel with reception on site at the Royal Lodge."

They added: "They are just like a normal family and had to make sacrifices like many others have up and down the country and looking forward to having a wonderful celebration when the time is right."

Beatrice and Edoardo — who got engaged in September 2019 — had originally planned on marrying in a larger ceremony in May of this year, but were forced to change their plans due to the coronavirus pandemic.