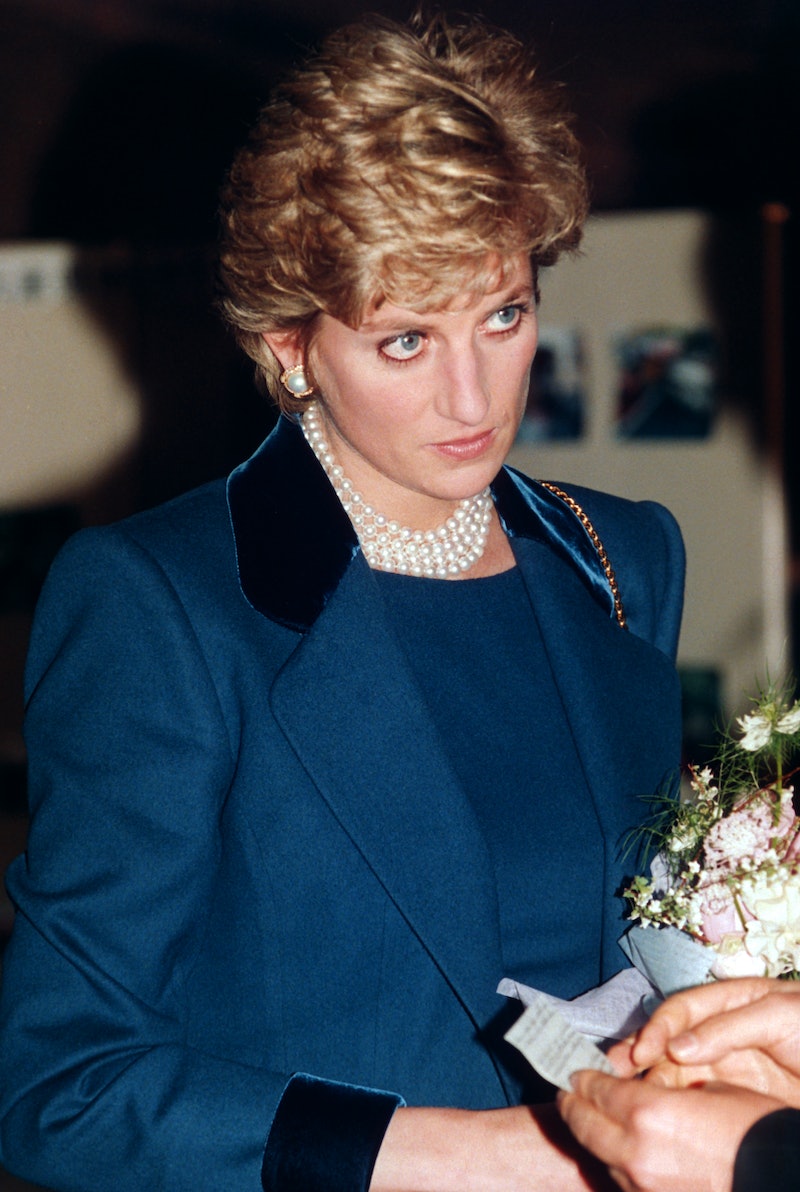 Many disturbing revelations were revealed in CBS’s recent interview with Meghan Markle and Prince Harry, where Oprah Winfrey sat down with the Duke and Duchess of Sussex to discuss their decision on stepping down as senior members of the royal family. Among Markle sharing she had experienced suicidal thoughts, Prince Harry said he had feared that history would repeat itself as Meghan’s comparison to his late mother, Princess Diana, was inevitable and issues of race came into play. And in true fashion to Princess Diana, Harry and Meghan fearlessly spoke out about members of the royal family.

Princess Diana was often seen as dramatic and unhinged to other members of the royal family, including Queen Elizabeth. Though royal life didn’t agree with her, she believed in leading the people with pure intentions and devoted time to her philanthropic and charity works. Regardless, her relationship with fellow royals slowly began to crumble and her marriage to Charles continued to have problems after 15 years. Even Charles’ sister, Princess Anne, took issue with how Diana chose to lead her life as a royal.

After her divorce from Charles in 1996, Diana continued to press forward with her missions in society, leading initiatives against AIDS/HIV, cancer, and poverty. Though Diana had a reputation for being shy and her relationship with other royals continued faltering, she eventually spoke out on the atrocities that came with the lifestyle. Here are 11 quotes from Princess Diana from times when she spoke out about the royal family.

Diana Always Had Her Doubts

Despite Princess Diana and Prince Charles' 1981 wedding being called “the wedding of the century,” she apparently told a reporter that she experienced doubt before tying the knot, according to E! News. "The day I walked down the aisle at St. Paul's Cathedral, I felt that my personality was taken away from me, and I was taken over by the royal machine," she lamented over a decade later in a revealing BBC interview with Martin Bashir in 1995.

Much of the decline in both Diana’s mental and physical health was due to the pressure to perform. "It took a long time to understand why people were so interested in me,” she said to BBC. “I assumed it was because my husband had done a lot of wonderful work leading up to our marriage and our relationship. But then ... during the years you see yourself as a good product that sits on a shelf and sells well, and people make a lot of money out of you.”

Diana Believed She Would Never Be Queen

Even though Diana was a favorite amongst people worldwide, she still believed that she would never become the queen of England due to those who were against her in the “establishment” that she married into. "I'd like to be a queen of people's hearts, in people's hearts, but I don't see myself being the queen of this country. I don't think many people will want me to be queen," she said in her interview with Bashir.

She Led Royal Life From The Heart

Princess Diana knew that being outspoken would cause some issues. Still, she continued to contribute to charities like the National AIDS Trust and Leprosy Mission. "I do things differently because I don't go by a rule book, [and] because I lead from the heart, not the head,” she told Bashir. “Albeit that's got me into trouble in my work, I understand that. But someone's got to go out there and love people and show it."

She Refused To Change Who She Was

Although Diana knew her outgoing tendencies didn’t sit well with the royal family, she believed changing who she was wasn’t the answer. “I like to be a free spirit,” she said. “Some don’t like that, but that’s the way I am.”

Diana Felt Like She Had To Perform Despite Her Health

Eventually it came out that Princess Diana struggled with bulimia and despite this, she still felt the pressure to engage in public outings. "I felt compelled to perform. Well, when I say perform, I was compelled to go out and do my engagements and not let people down and support them and love them,” she told Bashir. “And, in a way, by being out in public they supported me, although they weren't aware just how much healing they were giving me, and it carried me through."

She Stood Firm In Helping Others

Princess Diana believed in spreading kindness and helped multiple charities. "Nothing brings me more happiness than trying to help the most vulnerable people in society. It is a good and essential part of my life, a kind of destiny," she said. Princess Diana’s good works eventually led to the creation of the Diana Award in 1999, honoring young people who also help others.

In 1997, British author Andrew Morton re-released his book, Diana — Her True Story In Her Own Words, confirming that his previous release of the book in 1992 really was straight from the source herself. In the biography, Diana expressed that the opinions of others have nothing to do with her. “What they say behind my back is none of my business,” she said. “But I come back here and I know when I turn my light off at night I did my best.”

She Knew The People Came First

It’s no secret that Princess Diana was a humanitarian and she continued these works until her death in 1997. Four years prior, when speaking to TIME, the princess shared her thoughts on her relationship with the public: "It's vital the monarchy keeps in touch with the people — it's what I try to do.”

She Knew About Charles’ Affair All Along

When Bashir asked about the factors as to why her marriage to Prince Charles withered, Diana made it clear that she was well aware of other parties in their union. "Well, there were three of us in this marriage, so it was a bit crowded,” she said.

Diana Knew When It Was Time To Live For Herself

When speaking to Morton on life after grieving her failed marriage, Diana stated, “From now on, I am going to own myself and be true to myself. I no longer want to live someone else’s idea of what and who I should be. I am going to be me.”

More like this
Helena Bonham Carter Doesn't Think 'The Crown' “Should Carry On"
By Sam Ramsden
Princess Diana’s Brother Shared A New Photo Connected To Her Childhood
By Darshita Goyal
Turns Out George Clooney Is A Huge Fan Of This Classic British Game Show
By El Hunt
'Bridgerton's Regé-Jean Page Is The World’s Most Handsome Man
By Darshita Goyal
Get Even More From Bustle — Sign Up For The Newsletter
From hair trends to relationship advice, our daily newsletter has everything you need to sound like a person who’s on TikTok, even if you aren’t.