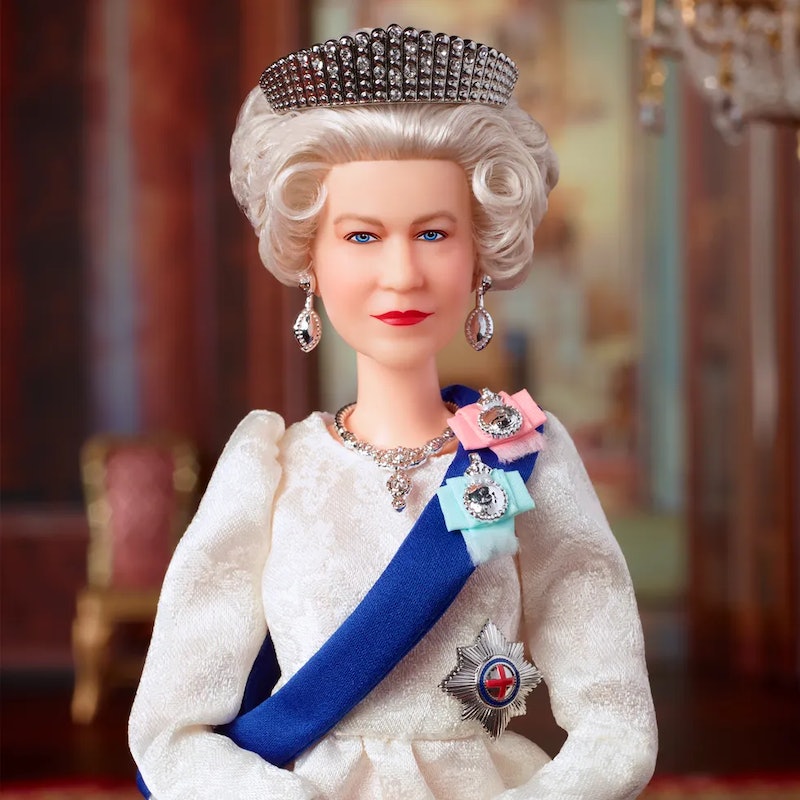 In honour of Her Majesty’s Platinum Jubilee, toymaker Mattel has unveiled a Queen Elizabeth II Barbie doll. As the BBC reports, the limited edition doll was released on the British monarch’s 96th birthday on Thursday, April 21, to commemorate her 70 years on the throne.

The Queen Elizabeth II Barbie doll has been released as part of Mattel’s Barbie tribute collection, which aims to pay tribute to “visionary individuals with an outstanding impact and legacy.”

Those looking to purchase the limited-edition figurine for themselves can do so on the official Mattel Creations website, where it is currently priced at $75 — which equates to roughly £57.

The doll will also be available to buy from Harrods, Hamley’s, Selfridges, John Lewis, and Amazon, as per ITV.

“Barbie celebrates the longest ruling monarch in British history, Her Majesty Queen Elizabeth II, whose extraordinary reign has seen her lead with an immeasurable devotion to duty and a life of service,” an official Mattel synopsis of the doll reads. “Reaching 70 years of service, Queen Elizabeth II becomes the first British monarch to celebrate a Platinum Jubilee.”

Designed by Robert Best, the collectible Barbie doll is dressed in an “elegant ivory gown and blue riband,” complete with a “stunning crown” and matching royal accessories that “complete her regal ensemble.”

The announcement of the Queen Elizabeth II Barbie doll arrives shortly after the unveiling of Her Majesty’s official birthday portrait, which was released by the royal family on Wednesday, April 20.

The monarch’s 96th birthday portrait was taken in March 2022 in the grounds of Windsor Castle by the Royal Windsor Horse Show, and displays the Queen posing alongside two of her beloved fell ponies, Bybeck Katie and Bybeck Nightingale.

“The photo is the fourth in a series of photos released by the Royal Windsor Horse Show, following images that celebrated the Golden Jubilee, the Platinum Jubilee and Her Majesty’s 90th Birthday,” an accompanying caption explains.