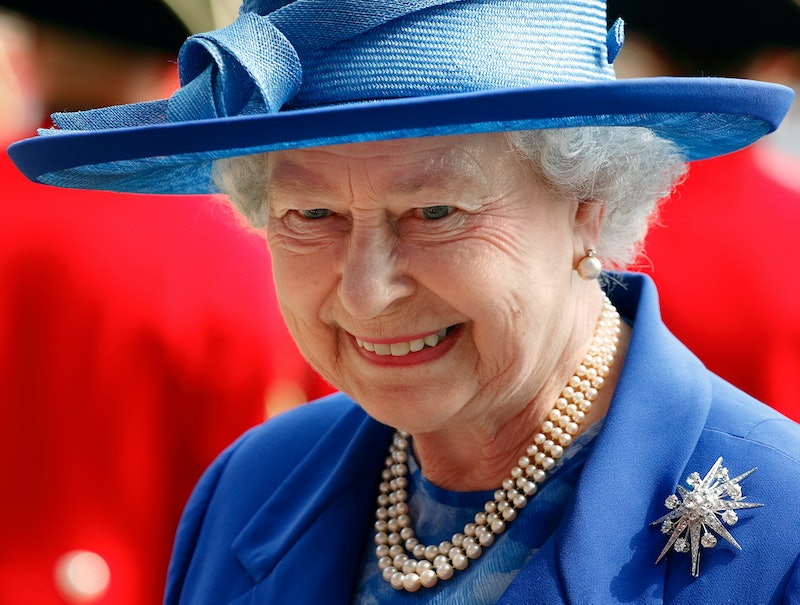 On February 6, 2022, Queen Elizabeth II will have ruled the United Kingdom for seventy years; the longest of any British monarch ever. To mark the special anniversary, dozens of events and celebrations will take place, starting with an extra long bank holiday weekend, but when is the Queen's Platinum Jubilee bank holiday weekend?

As with previous Jubilees, the Platinum Jubilee will take place in June. Though she technically acceded to the throne in February 1952, the Queen has always celebrated in June. February is "also the anniversary of the death of her father King George VI and a not a date the head of state wants to base celebrations around," the Telegraph reports. Plus, the weather is more likely to be favourable in June.

2022's celebrations will be extra long, with the creation of a four-day weekend. Per BBC News, the Spring Bank Holiday will be moved from the end of May (when it usually falls) to Thursday 2 June. An additional bank holiday will be observed on Friday 3 June, too.

Organised by the Royal Household and the Department for Digital, Culture, Media, and Sport (DCMS) the events will "reflect the Queen's reign and her impact on the UK and the world since her accession to the throne in 1952," the BBC writes. Events will take place around the UK with major ones planned for London, as well as across the Commonwealth.

Members of the royal family "are expected to take part in the celebrations" over the weekend, and a Platinum Jubilee medal will also be awarded "to people who work in public service, including representatives of the Armed Forces, the emergency services and the prison services."

"The Platinum Jubliee offers an opportunity for the Queen to express her thanks for the support and loyalty Her Majesty has received throughout her reign," a Buckingham Palace spokesperson said. "The Queen hopes that as many people as possible will have the opportunity to join the celebrations."

In 2012, the Queen celebrated her Diamond Jubilee, which saw a huge concert held outside Buckingham Palace with performances from Paul McCartney, Stevie Wonder, and Elton John. Senior royals also appeared on the Palace balcony to watch a flypast by World War II aircraft, as well as the Red Arrows.

More like this
Will Archie & Lilibet Attend The Queen's Funeral?
By Sam Ramsden
Oprah Winfrey Revealed Her Hopes For Prince Harry & The Royal Family
By Maxine Harrison
Here’s How You Can Send Your Condolences To The Royal Family
By Stephanie Topacio Long
The Queen’s Cause Of Death May Not Be Formally Announced
By Shahed Ezaydi and Catharina Cheung
Get The Very Best Of Bustle/UK