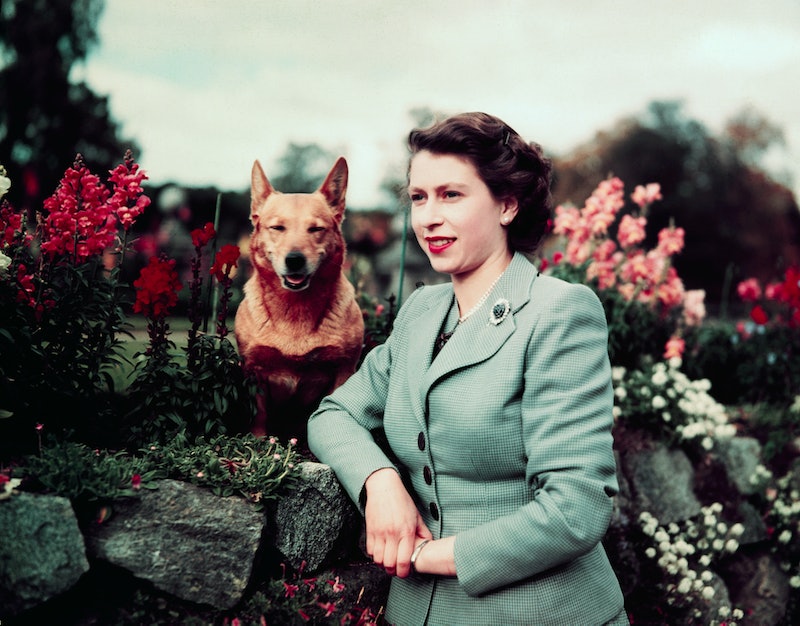 As the reigning monarch of the United Kingdom, you’d have thought that Queen Elizabeth II was welcomed into the world in a royal residence like Buckingham Palace or Clarence House. But when Elizabeth Alexandra Mary Windsor was born, her father — the younger brother of King Edward VIII — was second in line to the throne. So while she and her parents were still part of the royal family, they weren’t higher up in the line of succession until Edward VIII abdicated the throne in 1936.

A few weeks before the birth of their first child, Prince Albert, Duke of York and Lady Elizabeth Bowes-Lyon moved into 17 Bruton Street in Mayfair, London — a townhouse belonging to Bowes-Lyon’s Scottish grandparents, the Earl and Countess of Strathmore, per the BBC. This was also the home that Bowes-Lyon set out from on the day she married Prince Albert in 1923, and was in walking distance of speech therapist Lionel Logue’s Harley Street practice, where Prince Albert overcame his stammer.

If you’re wondering why you’ve not stumbled across 17 Bruton Street on a royal tour of the British capital, that’ll be because the original townhouse is no longer there. There were rumours that it had been destroyed during an air raid bombing in World War II, but documents found in the British Library and other archives “show that the 18th Century house was gone before the war had even started,” according to the BBC, and was demolished by property developers.

There were initially plans to build a hotel for the Canadian Pacific Railway in its place, but the former site of the townhouse was eventually cleared for a “big office and retail complex” that still stands today.

And yes, this does include a Chinese restaurant. However, many of the other buildings on the block share the same address, including a “boarded-up office” and the corporate entrance to another office. It’s this entrance that seems to be roughly the spot where Queen Elizabeth’s birthplace once stood and is marked with two plaques — one unveiled during her Silver Jubilee in 1977, and the other during her Diamond Jubilee in 2012, according to Royal Central.

So while you can’t visit the Queen’s actual birthplace, you can dine within the vicinity of it. And according to Hello! magazine, the restaurant, Hakkasan Mayfair, “features in numerous fine-dining guides and even has a Michelin star rating”. Not only that, but Princess Eugenie and pop royalty Rihanna have dined at the restaurant over the years.