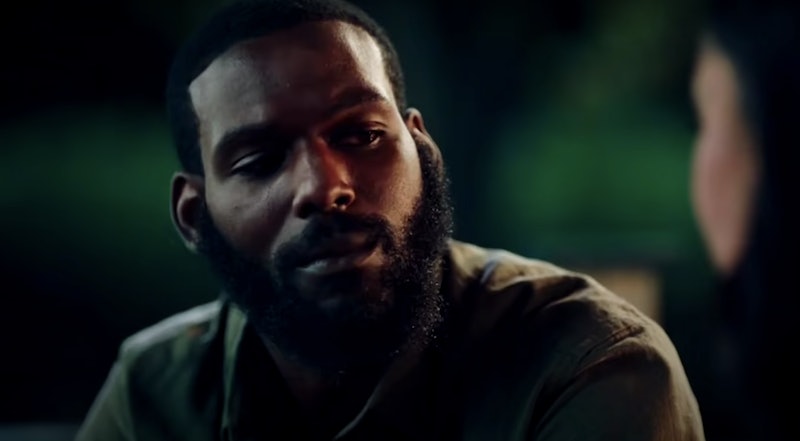 Queen Sugar‘s sixth season finale promises major changes for Ralph (Kofi Siriboe) and Darla (Bianca Lawson)’s relationship and for their son, Blue (Ethan Hutchison). But fans of the OWN drama will have to wait to see how the ramifications of those changes play out — if at all.

So far, OWN hasn’t announced whether or not Queen Sugar will return for Season 7. The show took an ambitious approach following delays from the pandemic, airing both Season 5 and Season 6 in 2021 with only a five month break in between. That could be an indication of the network’s commitment to the series, or it could mean they were trying to burn off the final batch of episodes — though based on comments from OWN’s namesake Oprah Winfrey, the former seems more likely.

After production on Season 5 shut down amid the pandemic, the Queen Sugar team decided to revamp the story to incorporate both COVID and the Black Lives Matter protests that unfolded in June 2020 into the show’s regular drama. Winfrey was thrilled with the result. "The way Ava creates space to allow these characters to embody real-world experiences is television at its finest, and we are proud to continue this groundbreaking series," she said in a statement, per The Hollywood Reporter. “I hear from so many people that they see themselves in the Bordelon family, and my hope is that through this kind of storytelling the hearts and minds of people are opened for a deeper understanding and empathy of one another.”

These sentiments were echoed by OWN president Tina Perry: "We knew it was the right decision to give our viewers Ava’s unique perspective on the very real issues impacting their daily lives and the effect the demand for racial equality has had on the Black community and our society as a whole.”

If Queen Sugar receives another season order, it’s hard to predict when exactly fans could expect to see it. Season 1 premiered in fall 2016, while the following three seasons premiered in late spring or early summer. Season 5 then debuted in the winter while Season 6 aired in the fall, so the schedule has been pretty all over the map. Taking the time needed to write, film, and produce another season into account, a potential Season 7 could premiere in the back half of 2022, more closely resembling the release dates of Seasons 1 and 6.

More like this
The 'Freeridge' Cast Shared Their Hopes For A Potential Season 2
By Grace Wehniainen
'Succession' Season 4 Will Be An "Absolute Banger" According To Cousin Greg
By Bustle Staff
Everything To Know About A Potential 'Lockwood & Co.' Season 2
By Gretchen Smail
Everything To Know About 'The Real Housewives Ultimate Girls Trip' Season 4
By Jake Viswanath
Get Even More From Bustle — Sign Up For The Newsletter
From hair trends to relationship advice, our daily newsletter has everything you need to sound like a person who’s on TikTok, even if you aren’t.