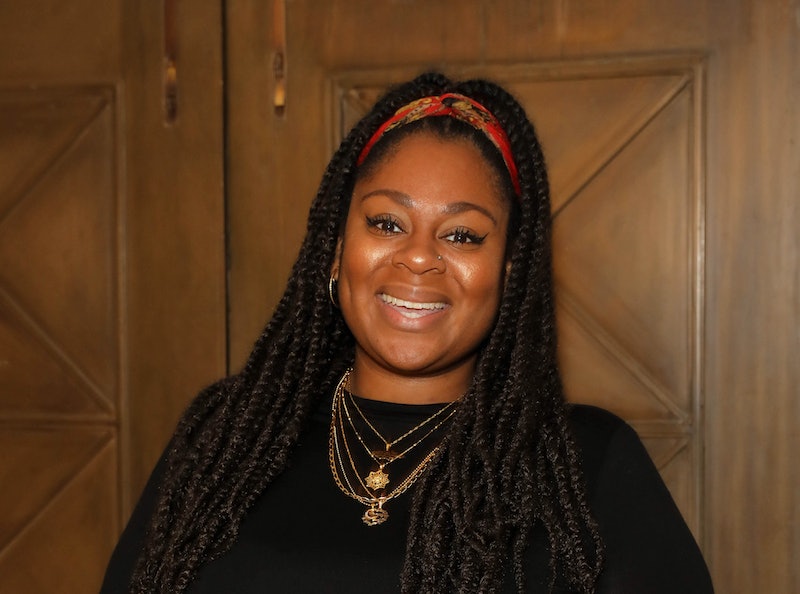 Queenie was one of the must-read books of 2019, winning Book of the Year at the British Book Awards and gaining bestseller status. Candice Carty-Williams’ debut novel, which charts the story of a young black journalist growing up in South London, was so successful that Queenie is now being made into a Channel 4 show. Here’s everything you need to know.

On Aug. 25 Channel 4 revealed that Queenie, the TV series, will be written and created by Carty-Williams and will be made up of eight half an hour episodes. If, like so many other readers, you’re in love with Queenie and her loyal friends the Corgis, then you need not worry. The synopsis outlines that Queenie will sit on her throne in centre stage while the series explores tropes like the love of your friends, difficult family relationships, community, and identity.

“Razor-sharp, utterly honest, blisteringly funny, and achingly yet beautifully relatable, Queenie the TV series will be full of as much heart and soul as the lady herself,” it reads.

Carty-Williams’ warm, intelligent, raw, and funny prose captured the hearts of so many readers. Queenie is the ultimate relatable character. “It’s clear to me that Queenie, a character whose story came to me when I was battling my way through my own messy twenties, is still so relevant today, and it’s about time that a show like this can explore why,” Carty-Williams said in a statement, “To adapt and breathe new life into a story that has been talked about across the globe, and to bring Queenie, our problematic fave, to a whole new audience, is such a privilege.”

Queenie starts production next year and Channel 4 is yet to announce when you can expect to see it on your screens.

After the latest news about the series was released Carty-Williams tweeted, “SORRY IT TOOK SO LONG” with a crown emoji. I think it’s safe to say that her fans forgive her. One wrote, “I can’t wait, Queenie was one of the most fulfilling books I’ve read in a really long time!” Another said, “This is the news we have been waiting for, I’m so happy. Everyone could relate to the book and raising themes that many communities can identify with today is so important.”

It’d seem that it’s all go for Carty-Williams and Queenie. I just can’t wait to see who is cast in the titular role.

This article was originally published on November 18, 2019