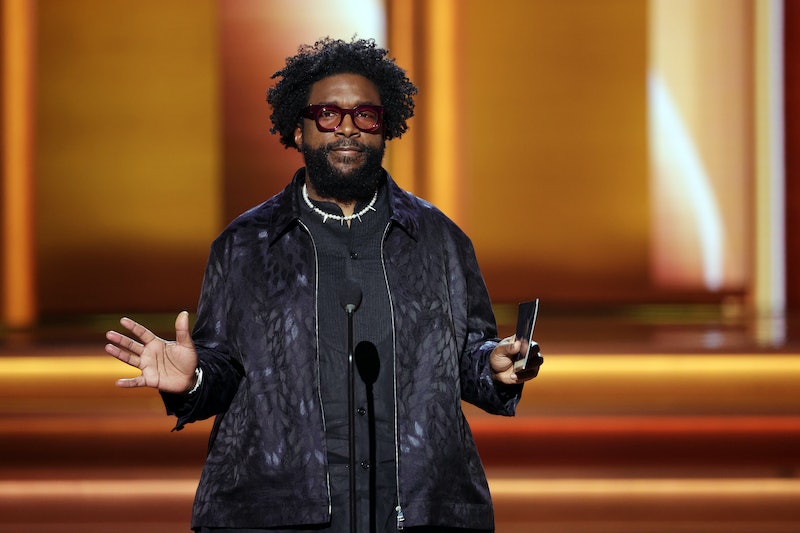 Questlove’s Oscar win will always be synonymous with Will Smith slapping Chris Rock, but at least he can joke about it. While presenting Song of the Year at the 2022 Grammy Awards on April 3, Questlove referenced Smith’s Oscars slap by jokingly asking audience members to keep their distance. “I’m going to present this award, and I trust you people will stay 500 feet away from me,” he said.

Rock was presenting Best Documentary Feature at the 2022 Academy Awards on March 27 when he made a joke about the shaved head of Smith’s wife Jada Pinkett-Smith, who suffers from alopecia, prompting Smith to come onstage and slap Rock. Rock recovered quickly and went on to give the Oscar to Questlove, who won for his 2021 film Summer of Soul (…Or, When the Revolution Could Not Be Televised) and had to give his acceptance speech in the shadow of the slap. “I'm sorry, I'm just overwhelmed right now,” he said during his Oscars speech.

The day after the Oscars, Questlove talked about the debacle on The Tonight Show Starring Jimmy Fallon (where he serves as frontman for Fallon’s house band The Roots), saying that he completely missed the jaw-dropping moment because he was focused on meditating. “When I opened my eyes, I was like, ‘Why is everyone so quiet?’ I literally was not present for that whole entire moment,” he recalled. “As I’m walking to the stage, I’m kind of putting two and two together, and I realize that that was a real moment maybe three seconds before I spoke words.” However, he quickly grew tired of talking about the slap, as he wrote on Twitter on April 1. “Can we FINNNNNNNALY stop talking about it?” he wrote.

Luckily, the Grammys didn’t want to stop talking about him. Prior to presenting at the big show, Questlove won his fifth Grammy when Summer of Soul won Best Music Film.