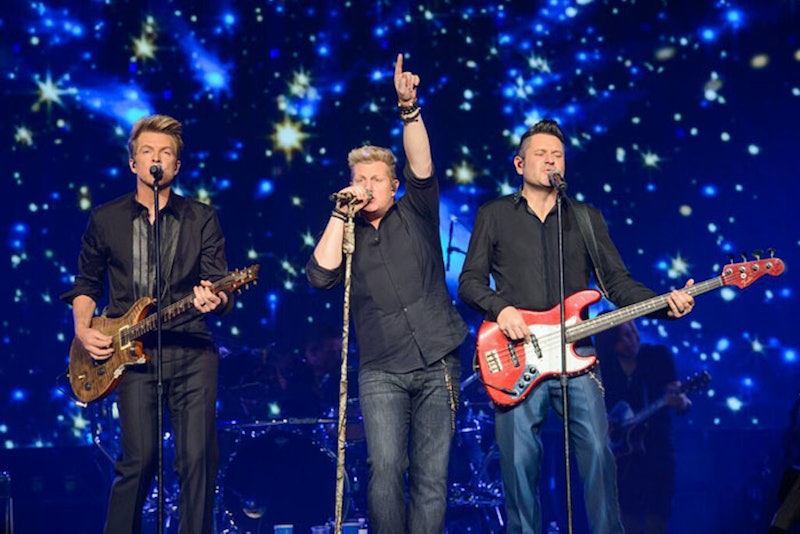 If it weren't for the pandemic, Rascal Flatts would currently be halfway through their Farewell: Life is a Highway Tour. It was supposed to close the band's 20-year run, as members Gary LeVox, Jay DeMarcus, and Joe Don Rooney work their individual goals, but the coronavirus forced them to first delay, then cancel the event altogether.

Originally, the tour was scheduled to kick off on June 11. On March 20, the June shows were rescheduled to August, and by May, the tour's full cancellation was announced. "Flattheads, after a lot of difficult conversations that we never thought we'd be having, we have decided that in the interest of the safety of everyone involved we will not be moving forward with our Farewell Tour," the band announced on social media. Refunds were offered to all ticket holders via Live Nation.

As of right now, there are no plans to reschedule the tour "for the foreseeable future," the band told The Boot and other outlets at a virtual roundtable. At first, they were upset, but now understand that the outcome is out of their control. "We were angry about it," LeVox said. "It's been weird, it's frustrating, and every state is different ... all of it's just crazy." Still, he refused to let resentment linger. "It'll just sit there," he added. "So you've just kinda gotta wash your hands of it and move on."

In an interview with Billboard, DeMarcus personally apologized to fans for the disappointing news. "We're sorry we had to cancel. It was beyond our control. And there's definitely gonna be a time when you'll be able to see us," he said. "We don't know how or when right now. It's a moving target and it's hard to pinpoint when that will happen, and it's also hard to know when they open venues, what the social distancing measures will look like. So we're keeping our eye on it." He continued, "And believe me, as much and as badly as you want to see us play, we wanna be out there playing even more so. So rest assured that it's not something we've taken lightly, and it's not something we're not thinking about every single day."

On July 31, the band released a new seven-track EP, How They Remember You — a name that took on a whole new meaning given the tour's cancellation. "It was more, not about our career, but it was more about the general question to the entire world: 'How do you want to be remembered?'" LeVox told Billboard. "Because tomorrow's not promised."