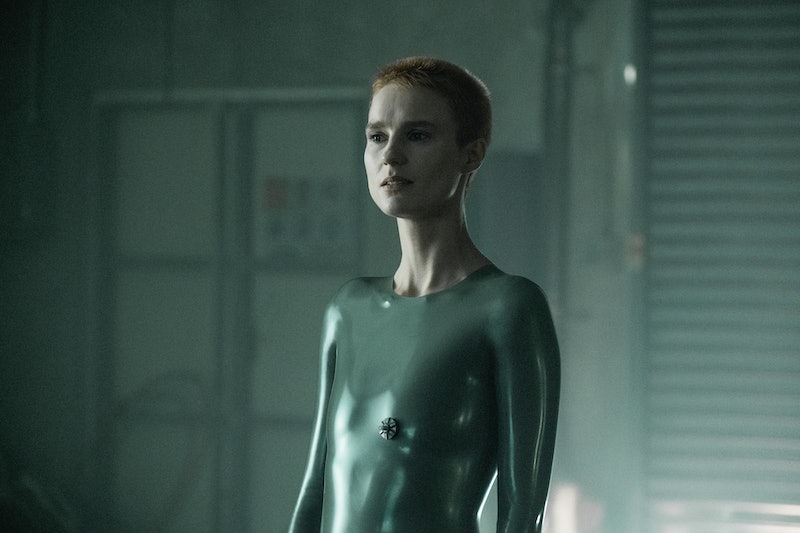 Aaron Guzikowski's Raised by Wolves combines a unique premise with emotional and cinematic storytelling, asking what might happen if two androids raised human children on a new planet. The series has drawn mixed reviews, but has quickly climbed to HBO Max's top performing show. So it's unsurprising that WarnerMedia has already renewed Raised by Wolves for Season 2.

“When I think of Raised by Wolves, I think of artistry; artistry in crafting a compelling storyline, artistry in the out-of-this-world production design, special effects and cinematography, artistry in our actor’s portrayals of these memorable characters, and artistry attached to the legendary work of [director and producer] Ridley Scott, Aaron Guzikowski and our phenomenal crew,” HBO Max head Sarah Aubrey said in a statement, per Deadline. “This chart-topping series beautifully weaves together Ridley’s hallmarks of sci-fi and horror while offering fans one of the most original storylines they’ve seen in some time. I can’t wait to see what’s in store for Season 2.”

Raised by Wolves' second season is far off at this point, but here's what we know so far.

When Will Raised By Wolves Season 2 Premiere?

HBO is home to some of the most ambitious shows of the last few years, but with grand scale comes longer production times. Though an early Season 2 renewal gives the Raised by Wolves creative team a head start, it's not unusual for HBO shows to take well over a year to produce. Game of Thrones' last season took a staggering 596 days to air, while Westworld took 505 days between Seasons 1 and 2. Add in the ongoing coronavirus pandemic, and you should probably brace for a premiere in spring 2022 or later.

The Raised By Wolves Season 2 Cast

This show simply wouldn't work without Amanda Collin's Mother at the helm, so we can expect her to make a return in Season 2. Abubakar Salim's Father will also likely be back, though in the penultimate episode he was reprogrammed to be a very different android than the one fans came to know and love.

Another major character who will probably return is Travis Fimmel's Marcus, the atheist soldier who becomes convinced he's hearing the voice of the Mithraic god Sol, to the great worry of Niamh Algar's Sue.

As for the kids, it's hard to tell which of them will survive into a second season, but Winta McGrath's Campion seems to stand the best chance at making it.

Will Mother Get Her Eyes Back?

In the penultimate episode, Marcus manages to get ahold of Mother's eyes, the one thing that allows her to weaponize into her Necromancer form — a sly reference to her Lamia namesake in Greek mythology. Without them, she's little more than a service robot, and by the end of Episode 7 she's also significantly injured and without Father by her side. It appears that both Campion and Tempest (Jordan Loughran) are rooting for Mother, though, so we may see them all team up by season's end.

From skeletal creatures to voices in the woods, there's a lot of really weird things happening on Kepler-22b. One of the biggest mysteries is why everyone, Mother and Father included, seem to see and hear the ghost of Tally, one of the young girls who fell down a hole and died in Episode 1. We never actually saw her dead body, so is it possible she's alive and has been shadowing them all along? Or like Marcus with Sol's voice, are they all in denial and suffering from some sad and grand delusion?