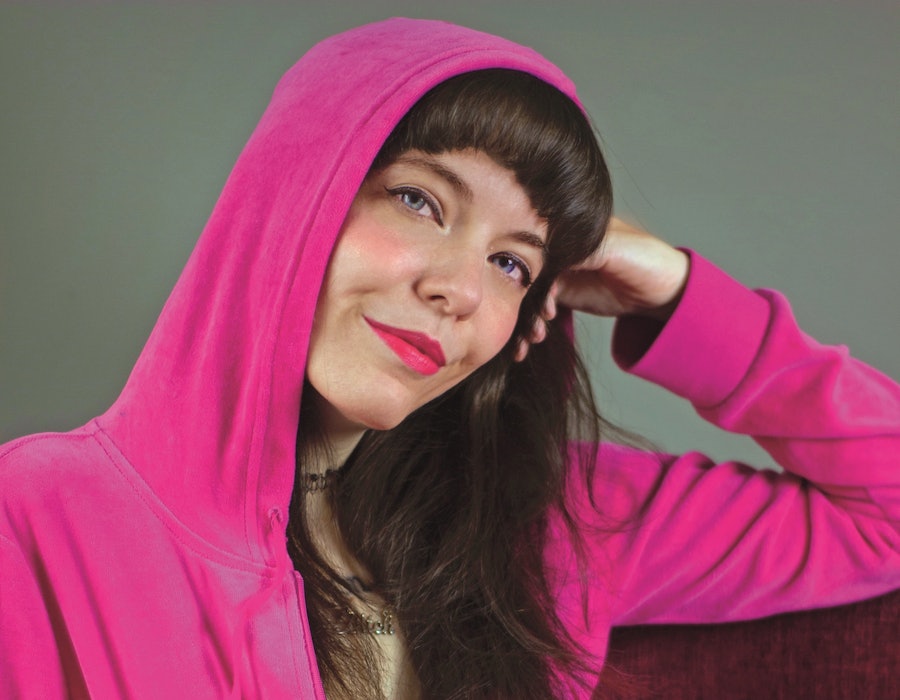 It’s a sensation that King describes in her new book, Tacky: Love Letters to the Worst Culture We Have to Offer. “It legitimately is a miracle,” King tells Bustle of The Cheesecake Factory. “Two hundred years ago, this country did not have the infrastructure to take a dish that was prepared with seasonal ingredients and replicate it in 10 different climates, and you can argue that we probably shouldn’t lean on that technology anymore, but it’s really cool that that was ever possible.” Naysayers be damned: “People sh*t on chain restaurants, but those things get popular for a reason — except Applebee’s; they made a deal with the devil.”

Delicious chain restaurants, Hot Topic, The Sims: Tacky explores all manner of things deemed lowbrow. King treats these pop culture relics as an archaeologist would, at once reverential and eager to understand. Her paean to Bath and Body Works’ signature Warm Vanilla Sugar perfume morphs into a meditation on desirability, and how young women dream of being consumed like sweet little pastries. An essay on Jersey Shore becomes a celebration of her late father and the many hours they spent watching tanned gym rats make bad decisions. While hailing Sex and the City’s Samantha Jones, King lets readers in on her own Samantha-inspired sexual history, from kink websites to threesomes and all the memorable romps in between.

King started working on Tacky in earnest after her 2019 essay, “Love, Peace and Taco Grease,” went viral. It was a vulnerable piece, about leaving an abusive marriage with the help of Guy Fieri’s famed TV show, Diners, Drive-ins and Dives. The response from readers was overwhelming, which both delighted King and totally freaked her out. This time around, she’s ready for what’s coming her way. “If people decide to read these essays uncharitably or whatever, at this point I’m so used to it, I really don't care. Tear me apart, I don’t give a f*ck.”

She hopes others — particularly those who might be self-conscious about their tacky taste — can find a similar peace. “All the stuff that people make such a fuss over being too good for, a lot of it is really likable and fun,” she says. “If you think that if you like something and you should be embarrassed about it, just relax, and if you dislike something and you are judgmental about it, you should also very much relax. People should just relax.”

Below, King discusses the nature of tackiness, what it was like to see her essay go viral, and why writing is the easiest job she’s ever had.

How would you define the word tacky?

Anything likable or magnetic that you feel you should be embarrassed to like. That’s a big throughline for the collection. There are so many very popular things that people want to assume are stupid or bad because they are popular, and they might be a little stupid, but we can make our own experiences out of those very popular, very silly franchises. We can decide what they mean to us. I don’t think it’s anti-intellectual to devote attention and thought to a silly little 90-minute movie with songs and montages.

Your essay “Love, Peace, and Taco Grease” really took off online when it was published in 2019. How did it feel to have such a personal piece be circulated so widely?

It was complicated. On the one hand, I was very happy. I mean, that essay really did change my life, and the attention it got opened a lot of doors for me, writing-wise. I am especially grateful for that because in June of 2020, I lost my day job, and I would not have been able to make it work if I didn't already have a manuscript that was sold and I didn’t have all that buzz.

In that sense, it was great to have all the attention, but it was also like, I’m writing about my abusive ex-husband, and it feels a little creepy to have all these strangers able to read the details of this horrible relationship I was in. You never expect a piece like that to get so much attention. I kind of figured, [personal essays are] mostly out of fashion now, and a handful of people are gonna read this thing, mostly friends of mine probably, I'm just happy to have written it. But when it really got away from me, I was kind of afraid [my ex] would sue me.

Was becoming a writer always the goal for you? Who were the writers that inspired you as you were coming up?

As a kid and a college student and a young adult, I absolutely did not think I was going to be able to have a writing career. My assumption was, “I’m gonna pluck away at this, if anything happens it’s gonna be on a very small scale because I don't work that hard.” You know, “If nothing happens, that’s the likeliest outcome, and just assume you're gonna have a day job for the rest of your life and get on board with that.”

[I loved] the essays of the writer Lisa Carver — she is so unique and enthusiastic and just unlike the kind of personal writing I had read up until that point — and the same I think was true of Samantha Irby’s writing. All those writers who are especially voicey and openly enthusiastic about the things they’re writing about, they really made me think, “I can do this, I can write in the mode that is most natural to me, this very personal voicey ebullient mode. And I might never get rich — I don't think I ever will — but there are people that read this sort of thing, there are people that find it important and worthy of consideration.”

What did the process of writing Tacky look like?

I mean, to be honest, I’m pretty much useless after about 3 o’clock. If I’m gonna work, it’s got to be in the morning. I’ll get up, take my dog, a toothless Pekingese, for her walk, and then stick my butt in the chair and start working right then, because if I do anything in between walking the dog and beginning work, it’s just not gonna happen. I don’t work hard! I just don’t know what to tell people, I feel like there's this mythology that successful writers are the ones that work the absolute hardest at it. Actually, you know what, I’m not gonna say I don’t work hard, I’m gonna say that I think this job is inherently pretty easy. Like, I’m not on my feet all day long busting my ass, I’m not waiting tables anymore, I’m not stripping anymore.

As jobs go, this is in a very real way the easiest one I've ever had, because I’m primarily accountable for myself and if I blow a deadline, it affects me and my editor. I’m not on the hook for — OH, JESUS, MY NEIGHBOR’S ON THE ROOF, THAT JUST SCARED THE SH*T OUT OF ME! My window looks out onto my roof area, and I just saw this dude like skulking around —

Oh my god, if this turns into a horror movie...

I’m just about to be full murdered... But my point is, I think there’s this real mythology that writers pass around among ourselves, that we work really hard, writing a novel is really hard. And it’s not like it’s easy to just produce writing, but I do think we would benefit from a little bit of perspective. It’s not hard, this is not hard, we do not work that hard.

Are there any obsessions or drafts you had that didn’t make it into the final collection?

It came to me after my manuscript was all done and turned in, but I really, really want someone to let me write about Billy Joel. I feel like he gets a lot of crap in the vein that interests me, you know, “this is schlocky bad music that sucks.” I don’t think that’s true at all, I think Billy Joel deserves another chance from people in general who think they’re too good for Billy Joel, and if I had to do it over again I would put 10,000 words on Billy Joel in my book.

Well, I’ll keep an eye out for the Billy Joel essay.

Someone has to let me write about Billy Joel. I keep talking about this in every interview I do, because like I say, I don’t like to work hard — so I’m thinking, ideally, somebody’s gonna see that and it’s gonna be like how models get discovered in movies. Someone will discover [this] and let me write it.

Do you have any advice for people who watch reality TV shows in secret, or are hiding their lowbrow loves?

Just relax [laughs]. It just doesn’t matter. I think that I often talk myself out of feeling that way actually, ’cause I spend a lot of time on Twitter, and a very cynical space on Twitter.

My example is I cannot f*ck with Marvel movies. I don’t understand why they’re all bluish-grey; I don’t understand why they’re so self-serious; I don’t know why we need 10 of them a year. But at the same time, I don’t see the value in sh*tting on people for liking it. That to me is where it becomes a danger, when your personal dislike of something silly or lowbrow becomes some kind of guiding principal for how you feel about other people.

So much of Tacky relies on these very sensory memories, like smelling Bath and Body Works perfume. Are you a nostalgic person by nature?

You know, it's interesting. I'm kind of not, but I guess you could probably argue that my instinct to always rewatch stuff rather than seek out new stuff, that's a form of nostalgia in its own way. I actually have a really bad memory. I can’t remember that much of my childhood before a certain age, and there are all these huge gaps. I've been told that’s something of a trauma response, like your brain clears out the old hard drive of stuff that’s gonna do it harm pretty regularly.

I think to the extent that I’m drawn to nostalgia, which I definitely am, it’s almost archeological preservation for me. The things I can remember really enjoying, they take on this outsized meaning because there's so much that I cannot remember or that I did not enjoy. Tacky is a series of love letters to 12 things that I distinctly remember loving, out of the hundreds and hundreds of things that caused me pain over the course of my life.

'Tacky: Love Letters to the Worst Culture We Have to Offer' by Rax King
Amazon