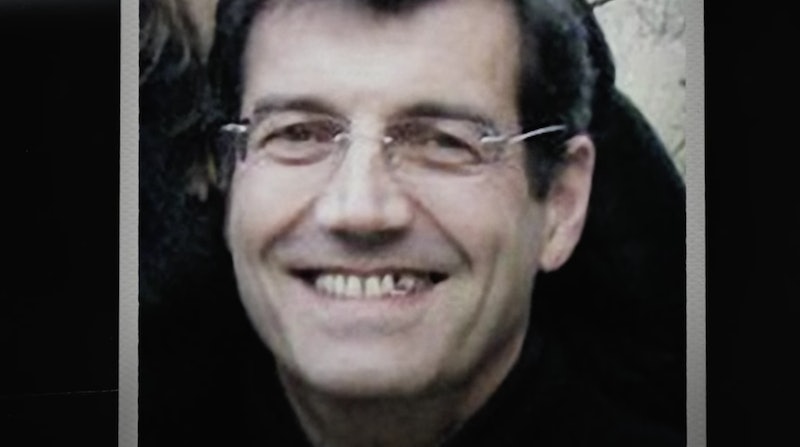 Per the episode, the last time the aristocrat is spotted is when he waves goodbye to a camera in the parking lot of a hotel before disappearing into the nearby mountains. He had a bag in tow that many believed to house the gun he used to allegedly shoot his family. While this caused authorities to believe he disappeared into the mountains to take his own life, his body was never found, even after an extensive search of the area. As for the latest in the case, Unsolved Mysteries showrunner Terry Dunn Meurer mentioned to Variety on July 10 that someone from Chicago could have potentially spotted the aristocrat.

“They heard this guy talking French and they looked at him and they had just seen the episode,” Meurer said. “They sent us a photo, and it really did look like Xavier. It was striking. So we sent that tip on. But again, this is just a stranger.” So, where could he be? Fans on Reddit have a few theories, ranging from witness protection to living life with a brand new family.

The first Reddit theory contends that Dupont de Ligonnès (and possibly his family) is in hiding and his letter to relatives about being an informant for the DEA might not be fake at all. One user cited a blog post from the aristocrat’s family that maintained his innocence. It cited police report inconsistencies that pertained to timelines, sightings of the family after the date they were reportedly killed, detailed letters left for kin, and botched autopsy reports that didn’t include DNA testing. The post claims there’s a possibility the bodies don’t belong to the family, implying that they could still be living together off the grid. However, another user pointed out that the DEA isn’t exactly in the business of staging family murders.

A second theory is that Dupont de Ligonnès had an accomplice who helped him kill his family. Given his bad back and the location of the bodies, users have maintained that the aristocrat couldn’t have disposed of five bodies by himself. “Someone helped him coordinate those murders and helped him get away,” a user theorized. Another suggested his wife was actually his accomplice. One final theory from message boards suggest that Dupont de Ligonnès’ wealthy aristocrat family are helping him hide out and assume a new identity. The case is still very much open to interpretation, and perhaps the release of "House of Terror" will yield new leads.

More like this
Anthony Templet Wants To “Live Normally” After Killing His Father
By Brad Witter
Where Is Charlie Evens Now?
By Morgan Leigh Davies
Meet Charlotte Laws, The Woman Who Helped Take Hunter Moore Down
By Arya Roshanian
Does 'Locke & Key’s Ending Mean There Could Be A Season 4?
By Sophia Moore
Get Even More From Bustle — Sign Up For The Newsletter